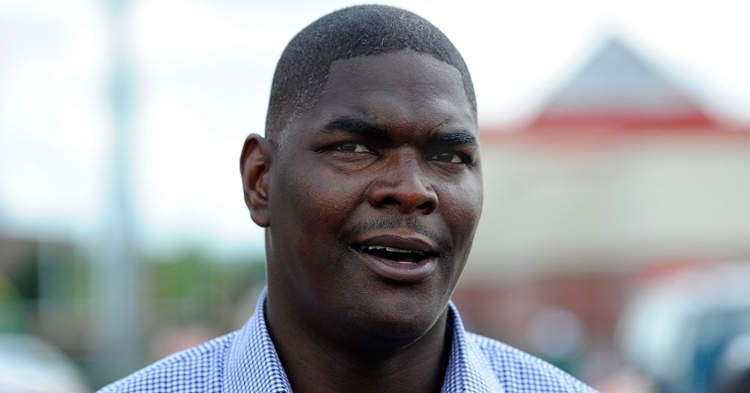 Former Jets receiver Keyshawn Johnson is not a fan of his former team drafting another young quarterback as they sit at a winless 0-6 on the season.

“I think he’s a great quarterback, but if you’re the New York Jets, you have bigger holes than Trevor Lawrence at quarterback,” Johnson said during his morning radio show.

Johnson understands that the Jets have more issues than just at the quarterback position.

“Your team sucks. It’s the worst thing going. You drafted a guy (Sam Darnold) three years ago with the third pick of the draft because he was your Trevor Lawrence. He has nothing around him. Zero. Zilch. Nothing. He looks good at times and bad at times. With nothing around him. With a coach – how he winds up coaching the Jets we’ll never know – but you’re ready to move on from him because you think [Lawrence] is the next Andrew Luck?”

Johnson thinks the Jets' better move if they get the No. 1 pick is to trade it away for multiple picks.

"You take that No.1 pick, and you trade it, you do what the Celtics in basketball have done. You stockpile a bunch of picks and find guys who can help you build a damn team.”

Clemson head coach Dabo Swinney talked recently about many of Lawrence's football attributes when asked what he would bring to a future NFL team.