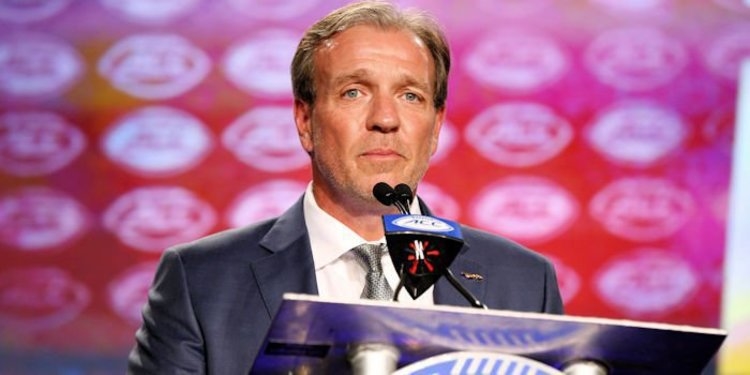 The ACC started their 2017 ACC Football Kickoff at the Westin Charlotte on Thursday, and the different ACC head coaches discussed various subjects on the podium at their individual media press conferences.

Florida State head coach Jimbo Fisher shared during his presser that he is very proud of the Clemson football team for winning the last year's National Championship.

"Well, I think it’s good," Fisher said. "It solidifies it. We`ve had two teams win in the last four years, and they also were the runner-up. I knew Clemson would be in it when we played them. They have been -- Dabo has done a tremendous job coaching, they have great players, they have a great program, great history. Football is very important there. You know it was going to be good. And I was very happy for them. I was very happy for our league and what they did. Reestablishes our brand and what we do, and that game has turned into one heck of a game every year. Whoever wins it has a chance to win it all, not only win the ACC but win a National Championship. Plus then it’s raised the competitiveness of the rest of our league, top to bottom, like I said our league is extremely demanding, and I was very proud of those guys and happy for them."

Both Clemson and Florida State are loaded with talented players to have exceptional campaigns in 2017. However, Florida State starts their season against Alabama while Clemson welcomes Kent State to Death Valley.