According to Fox17.com, former Clemson running back has been arrested for assault.

Jamie Harper
Running Back
#8 6-0, 235
Jacksonville, FL
View Full Profile was arrested over the weekend for allegedly assaulting his girlfriend at a motel in Franklin.

Harper was waived by the Titans in early May and had worked out for both the New England Patriots and New York Giants.

In 3 seasons with Clemson, Harper had 1,311 yards and 12 rush TDs and 50 receptions for 398 yards and 3 TDs. After his junior season, Harper announced that he would forgo his senior season and enter the 2011 NFL Draft.

He selected by the Tennessee Titans in the fourth round (130th pick overall). In the NFL, Harper has averaged 2.1 yards on 36 career carries.

UPDATE: According to WKRN-TV, Harper's girlfriend called the police and said she had been in a fight with Harper who had since left. Two hours later, she called the police again when she said Harper was banging on the door “so hard the walls of the room were shaking.” The police responded, but Harper had already left. Later Harper was found and taken into custody. According to the police report Harper told them he’d been in a fight with his girlfriend and “pushed” his way past her. 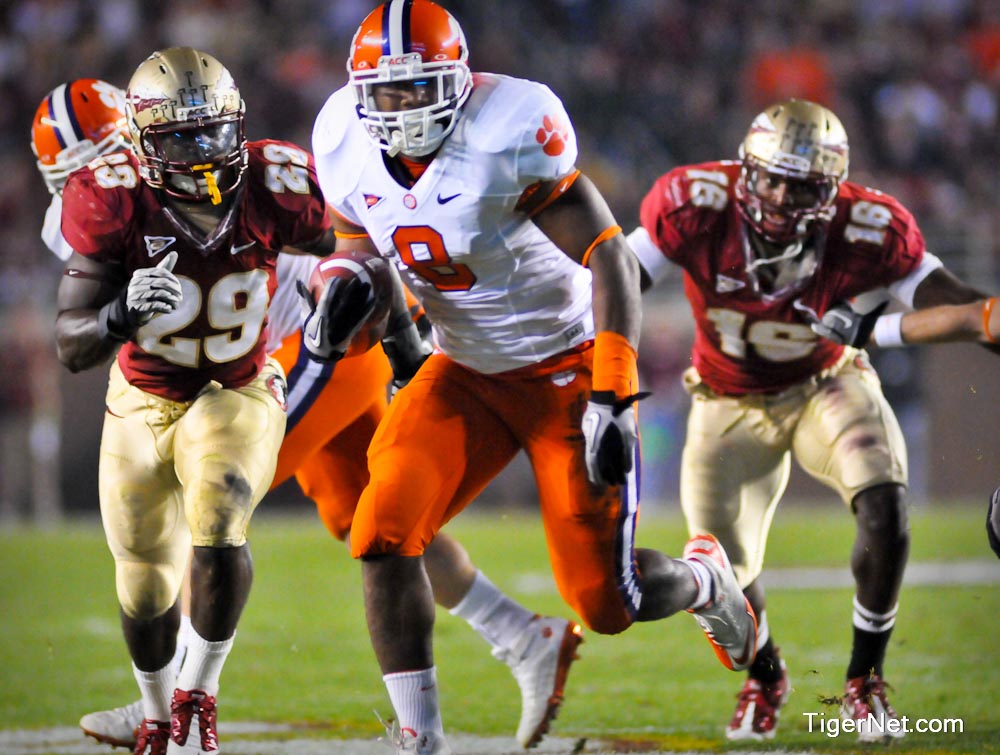