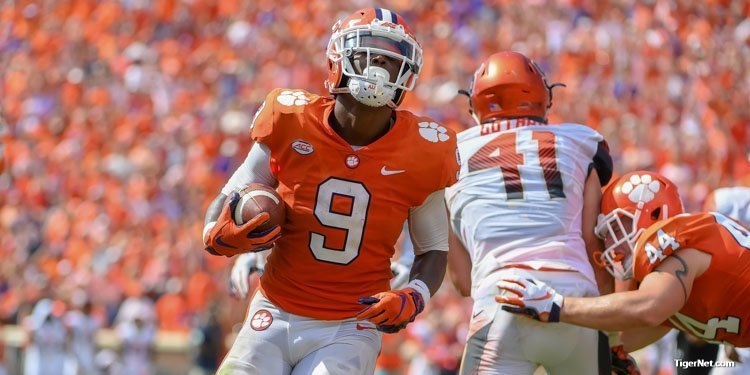 ETN will try to pound the Orange

ESPN announced Wednesday that the Clemson-Syracuse game on September 14 will be televised prime-time at 7:30 p.m. on ABC. The game is part of the 'Saturday Night Football' lineup. The spotlight will be magnified for Syracuse as it will only be the second time in history that the team will play in ABC's marquee spot (Syracuse 31-15 loss vs. ND in 2014).

Previously announced prime-time games on ABC the previous two weeks include Auburn-Oregon (8/31) and LSU at Texas (9/7).

The soldout game against Clemson will be the home opener for the Orange as well as the University's Homecoming weekend. There is a chance that this matchup could also be later announced as an ESPN GameDay site.

Clemson is 5-2 lifetime against Syracuse.