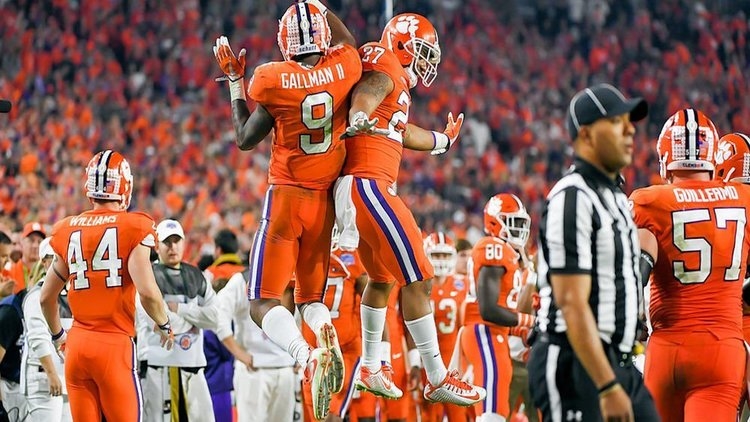 Gallman and Fuller celebrating together

The shockwaves of the passing of former Clemson running back C.J. Fuller is still being felt throughout Clemson nation including the NFL.

New York Giants running back Wayne Gallman was a close teammate of Fuller as they both were instrumental in Clemson's 2016 National Championship team.

"I couldn’t believe it,” Gallman told Newsday in the Giants’ locker room Thursday.

Gallman is praying for Fuller's family during this extremely difficult time.

“I was close to C.J., and it’s still crazy to believe that it happened,” he said. “I’m still getting details about what happened, but I’m not sure yet. I pray for his family. I know his family is already hurting, so I don’t want to ask them too many questions. Coach Elliott was just at the hospital, and he prayed with the family. [Elliott’s] good, so I’m good.”

Gallman shared that Fuller had a nickname of 'bread' within the close-knit running back group.

“We all had nicknames in the running backs room, and C.J.’s was ‘Bread’ because he always had a little pudge to him,” he said about Fuller. “He was the only one that was always pudgy.”

TigerNet.com would like to give out our most heartfelt sympathies to the family and friends of C.J. Fuller.