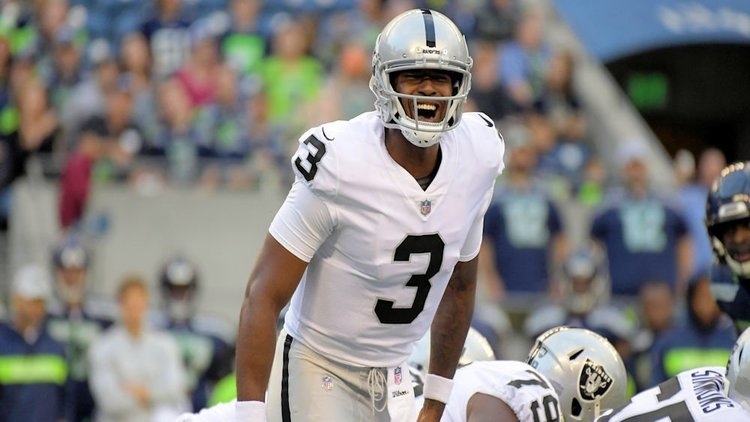 Florida State fans will see former Seminole quarterback EJ Manuel on ACC Network (ACCN) Fridays and Saturdays in the fall. Manuel a former first-round NFL Draft pick, who recently retired from playing, will contribute to studio coverage with analysis of the conference’s season-long football action. ACCN is the new, 24/7 national platform that will launch on August 22, 2019.

One of the most productive quarterbacks in Florida State history, Manuel led the Seminoles to a 25-6 record as a starter during the 2009-12 seasons, and the fourth-most wins in program history. The Virginia Beach, Virginia, native also helped Florida State to notable victories including the 2013 Discover Orange Bowl, 2012 Dr Pepper ACC Football Championship Game and 2009 Gator Bowl – the final game of legendary coach Bobby Bowden’s career. He is the second quarterback in FBS history to win four straight bowl games, and also went 15-3 in his career against ACC opponents. Manuel is FSU’s all-time leader in completion percentage (66.9), which is tied for third in ACC history, and ranks among the top five Seminole quarterbacks all-time for passing yards (7,736, 4th), total offense (8,563, 3rd), completions (600, 3rd) and attempts (897, 5th), despite only two seasons as the full-time starter. He earned second team All-ACC honors for the 2012 season and was named the 2013 Senior Bowl MVP.

Following his career at FSU, Manuel was a first-round draft pick by the Buffalo Bills in 2013. He started in 10 games his rookie season throwing for 1,972 yards and 11 touchdowns. Manuel spent five seasons in the NFL playing four with Buffalo before a season with the Oakland Raiders.

Couldn’t be more excited to join the @accnetwork a College Football Analyst!!! pic.twitter.com/A6CZZmeL1h

Owned and operated by ESPN in partnership with the Atlantic Coast Conference, ACC Network (ACCN) is a new 24/7 national network dedicated to ACC sports set to launch August 22, 2019. Approximately 450 live contests including 40 regular-season football games, 150 men’s and women’s basketball games, and 200 other regular-season competitions and tournament games from across the conference’s 27 sponsored sports will be televised annually, plus a complement of news and information shows and original programming. Together, the ACCN and its digital platform, ACC Network Extra (ACCNE), will feature 1,350 ACC events in its first year. ESPN has been televising ACC content since 1979 and has exclusive rights to every conference-controlled game across all sports and championships.

*Carriage agreements are already in place with the following video providers: Altice, DIRECTV, Google Fiber, Hulu Live TV, Optimum, PlayStation Vue, Suddenlink, TVision and Verizon Fios, among others. All ACCN games will also be available on the ESPN App to authenticated cable subscribers. Fans interested in learning more about ACCN can visit www.GetACCN.com.