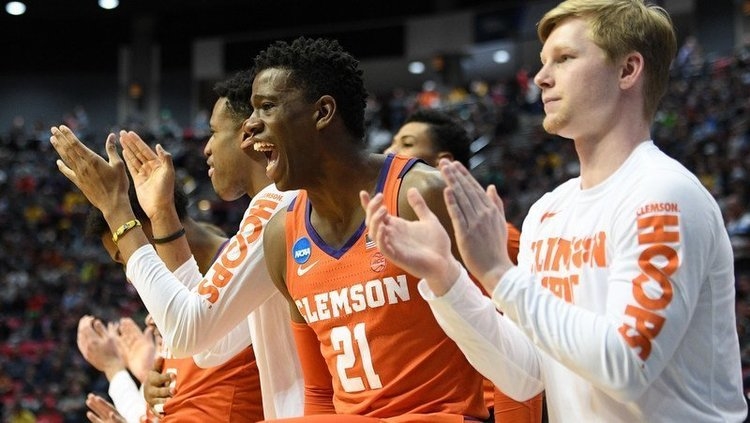 NORFOLK, Va. – Old Dominion men’s basketball head coach, Jeff Jones, announced the addition of 6’5” guard A.J. Oliver II (Birmingham, Ala.) to the roster on Wednesday morning. Oliver II will have three seasons of eligibility remaining after playing his freshman season at Clemson in 2017-18 and redshirting in 2016-17.

“I have known the Oliver family for many years,” said Jones. “A.J. is a high-character young man, in addition to being an outstanding student and basketball player. He is a terrific addition to our Old Dominion basketball family.”

A product of Daniel High School (S.C.), Oliver II was a four-star prospect according to ESPN, Rivals and Scout. As a junior, he was a First Team All-State at the AAA level in 2015-16, when he averaged 21.3 points per game. Oliver II averaged 21.6 points per game as a sophomore in 2014-15. In 2016, he played a stint with the U.S. Select Team at the Adidas Eurocamp in Italy, before graduating high school early and enrolling at Clemson in Jan.

As a redshirt freshman at Clemson, Oliver II appeared in 19 games, averaging 2.1 points and 1.4 rebounds in 7.2 minutes per contest. He scored 40 points and grabbed 26 rebounds while posting six steals and five assists. Oliver II played a career-high 20 minutes in the season opener against Western Carolina, scoring five points and grabbing four rebounds. His best shooting game came in the ACC Tournament against Boston College, finishing 3-4 from the field, including a perfect 3-3 on three-pointers for a career-best nine points. He scored six points and grabbed six rebounds (career high) against Auburn in the second round of the NCAA Tournament.

Oliver II is the son of Anthony Oliver, who was captain of the 1992 Virginia NIT Championship team and posted 858 points and 113 steals in his career under head coach Jeff Jones. Oliver played his college hoops with current ODU assistant coach, Bryant Stith. Oliver II is also the son of Audra Smith, who played on three Final Four teams at UVA. After her playing days, Smith was a long time assistant at Virginia, then the head coach at UAB, before taking over the helm at Clemson. She is now the head coach at South Carolina State. Oliver II’s sister, Adria Oliver, is currently a freshman on the Clemson volleyball team.