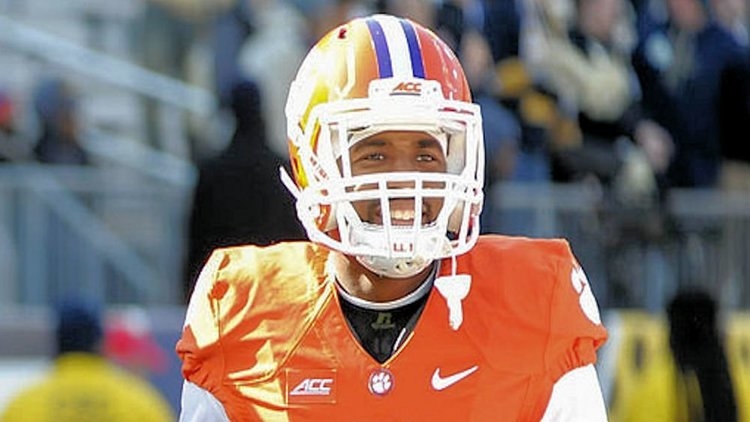 Kitt playing against Georgia Tech in 2014

Former Clemson wide receiver Demarre Kitt has committed to Texas A&M Commerce on Monday night according to his Twitter account.

"I want to thank everyone that's been with me through my journey this is just the start of a new chapter I will be signing to Texas A&M Commerce on Wednesday the D2 2017 national champions," Kitt posted.

In 2016, Kitt was named first-team All-KJCCC at Highlands with 41 catches for 687 yards and seven touchdowns.

At Clemson, Kitt had five catches for 47 yards (in 9 games) during the 2014 season before leaving the school. He originally signed with Clemson as a 4-star recruit and U.S. Army All-American football standout. In high school at Sandy Creek, he had 158 catches for 2,663 yards and 28 touchdowns.