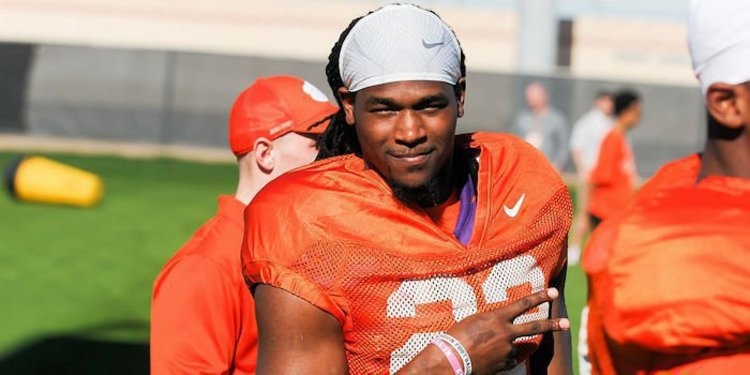 TigerNet has confirmed that former Clemson running back Tyshon Dye has committed to East Carolina over Miami and will enroll in June will one year season of eligiblity left.

Dye was passed on the running back depth chart this past season by C.J. Fuller and Tavien Feaster and wants a chance for playing time to showcase his skills.

He had 21 attempts for 109 yards and a touchdown this past season. In 2015, he had 91 rushing yards including 52 against Miami and two touchdowns over six games. For his career, he has 76 rushes for 351 yards and five touchdowns.

Might be my last post in a #tigeruniform. May have had a lot of ups and downs but can't say it hasn't been an interesting ride.