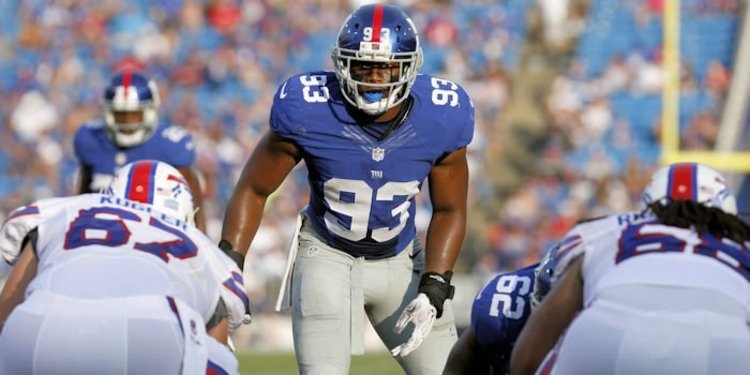 The New York Giants released their first unofficial depth chart of the season in preparation for Friday's preseason game against the Pittsburgh Steelers and former Clemson linebacker B.J. Goodson was listed as a first-team middle linebacker.

It appears that Goodson will have a major impact in his second season with the team as he is now more comfortable with the playbook and the defensive scheme.

“I definitely get that vibe and have that feeling,” Goodson said during OTA practices via ESPN.com. “But that is what they brought me here for, to become an every-down force for them. I was able to come in and help out last year and I was able to make my presence felt a little bit last year. This year I’m looking forward to being an every-down force for the New York Giants.”

During his rookie season in 14 total snaps, he had an impressive nine tackles and two forced fumbles.

Goodson had 105 tackles, 5.5 sacks, two interceptions and two pass deflections his senior season at Clemson and was subsequently drafted #109 overall by the New York Giants in the fourth round (11th pick of round) of the 2016 NFL Draft.

In other Clemson news, former running back Wayne Gallman is listed on the fourth team with the Giants behind Paul Perkins, Shane Vereen, and Orleans Darkwa.