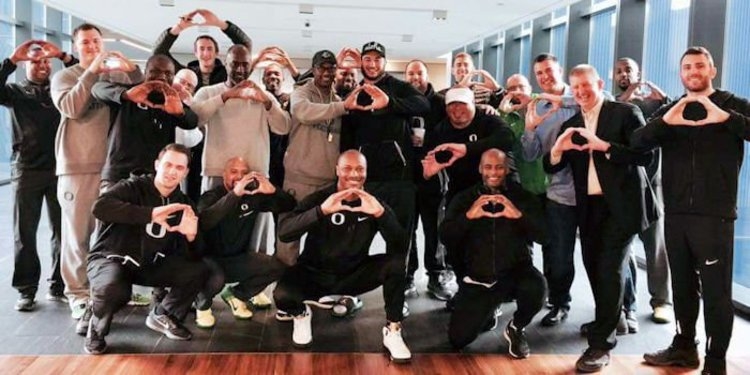 Former Clemson junior defensive tackle Scott Pagano has decided on playing for the Oregon Ducks over Oklahoma and Notre Dame for his final collegiate football season.

"I want to thank all of you who supported me and my decision to transfer over the last few months," Pagano posted. "When I announced my intentions, I didn’t know how people would react. Thankfully almost everyone was respectful of my decision and wished me well on my journey. I'm very appreciative of that and it definitely speaks volumes of the class and character of my Clemson Family. After taking several visits, I can honestly say there is no place like Clemson. A part of me will always miss Clemson and the relationships I have built here. I'll definitely be back to visit. After much thought and deliberation, I have decided to transfer to the University of Oregon for my final year of eligibility and to pursue a Sports Management Master's. This was a tough decision because of all the great programs that expressed interest in me along with having to leave Clemson. I want to thank all the coaches that took the time to get to know me during this process. However, Oregon is where I felt most at home and it is a great fit for me both on and off the field. I can’t wait to get to Eugene to start making new friends and playing for and learning from one of the best DLine coaches in the country. Last but definitely not least, I have to thank my mom, dad, sisters and the rest of my family for supporting me through this process and my entire football career. I know these past few months were not easy on you. I want you to know that I am thankful and feel blessed to have a family who is willing to make sacrifices day end and day out so that I can pursue my dreams."

Pagano will arrive in Oregon in June and will be available to play for the Ducks for the 2017 season.

Clemson coach Dabo Swinney was proud of what Pagano accomplished at Clemson.

"We all wanted him to stay, but he said he had accomplished everything he wanted to do at Clemson," Swinney said recently. "He came here to graduate and win a national championship and he achieved both within the last two months. He indicated to me that he wants to start his graduate degree and play his final year of college football, probably on the West Coast (Pagano is from Hawaii)."

"I wish him nothing but the best. Scott Pagano has been a fully committed person to the program. He has always been committed to do the best he could in everything. We will miss him and he will always be one of my players and will be a part of our Clemson family.”

Pagano has already graduated in December with a degree in sociology.

He played in 12 games in 2016 and started in four, playing 299 snaps with 31 tackles, four and ½ tackles for loss, and two sacks. He missed the final two regular-season games and the ACC Championship Game against Virginia Tech with a foot injury.

Before Clemson, he was rated as the No. 104 player in the nation by Rivals.com and was the Lombardi Award winner from Rivals.com as the top defensive lineman in the Western region of the United States. The No. 6 defensive tackle in the nation by Rivals, Pagano played in the U.S. Army All-American game. He was also ranked as the No. 1 player in Hawaii. He had 56 tackles, a school-record 32 tackles for loss and 18.5 sacks, six blocked kicks, six caused fumbles and three recovered fumbles as a senior. Recruited by Dan Brooks and Brent Venables.