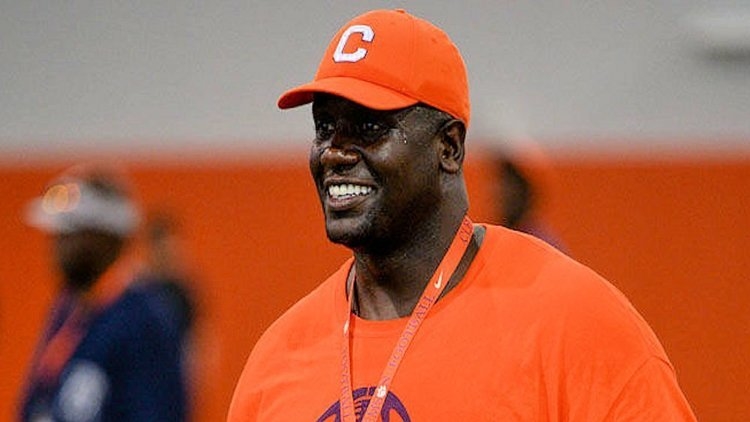 Eason at the Dabo Swinney Football Camp in 2013.

“I have followed Nick Eason’s coaching career since he retired from the NFL," Mason said in a release. "With Nick joining our staff, we are adding a well-respected and knowledgeable coach who will be a great mentor and teacher to our defensive line corps."

In 2018, Eason was a defensive assistant working with linebackers at Austin Peay.

He was drafted in the fourth round (114th overall) in the 2003 NFL Draft by the Denver Broncos.