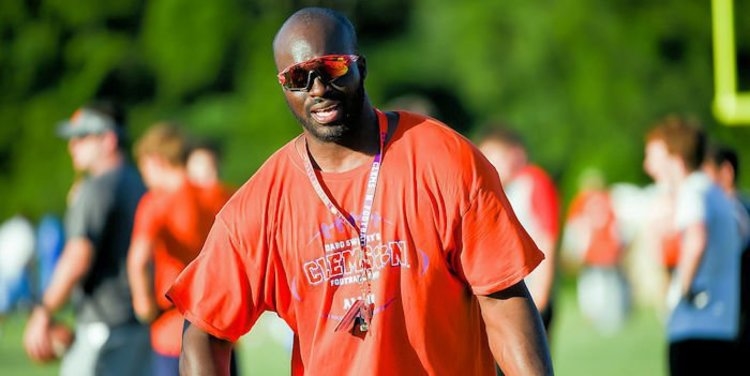 Former Clemson defensive end Ricky Sapp was added to the Saskatchewan Roughrider's practice squad this week according to the team.

“They’ve got some different rules up here, but I’m going to get used to it,” said Sapp via Riderville.com. “Football is football. They seem to have a great bunch of guys, so I’m looking forward to it.”

One thing that could help Sapp's transition to playing football in Canada is that former Clemson cornerback Crezdon Butler signed with the Roughriders back in June.

30-year old Sapp had six tackles in 17 career NFL games with short stints with the Redskins, Jets, Texans, and Eagles.

The Bamberg product was drafted by the Eagles in the fifth round (#134 overall) of the 2010 NFL draft after a solid collegiate career with the Tigers where he had 17.5 sacks and 38 tackles for losses over 47 games.

Ricky Sapp looks to get on field in a regular season football game tonight for 1st time since 2014 for Saskatchewan vs Hamilton.

DeAndre Hopkins says he is the best receiver in the NFL
Post your comments! Tickle_It jfmahon®