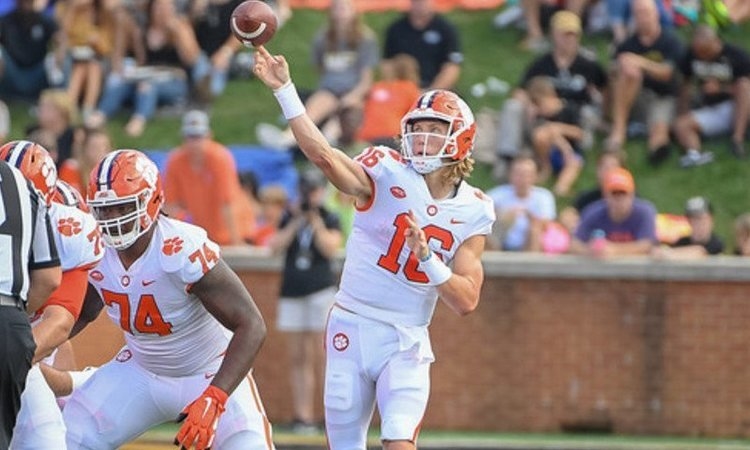 Taggart held his weekly press conference Monday previewing the FSU-Clemson game and shared that he has been very impressed by the rookie signal-caller.

"He's the real deal, the kid can make all the throws," Taggert said. "You can see what everybody is talking about when they talk about Trevor (Lawrence). He's a heckuva talent and a really good football player."

Taggert knows that his defense has to get pressure on the young quarterback if they are going to have a chance on Saturday.

"You gotta get to him, that's the only way you beat guys like that so he can't make all the throws that he is capable of making," he said. "He has some talented receivers out there. Again, when he's in there, the offense has become a lot more explosive so big challenge for our defense. Best quarterback they've faced this season and I know they'll be up for it."

"He's the real deal, can make all the throws. You gotta get to him, that's the only way you beat guys like that. He has some talented WRs, when he's in there-- the offense has become a lot more explosive."https://t.co/e8rNMstNEY pic.twitter.com/P0Z7dyuOjH