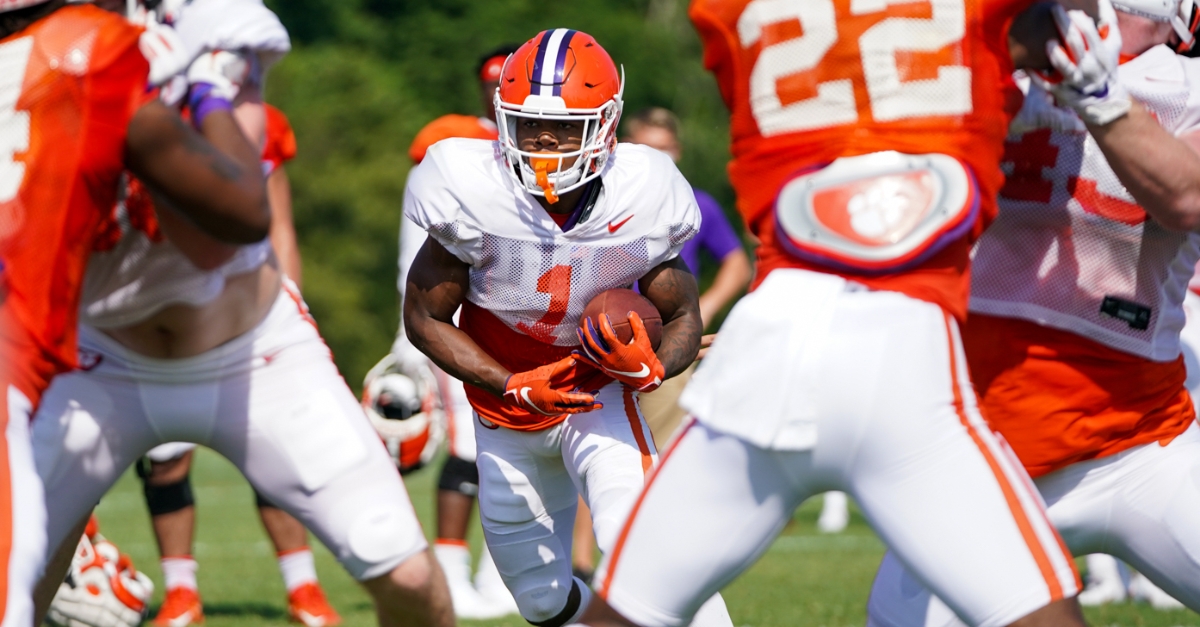 Bowman told TigerNet on Thursday when the news broke that he didn't feel comfortable away from home any more after the death of his grandfather in Atlanta this year.

He announced on Saturday he will transfer to Florida.

“It kinda came as a shock. I didn’t see it coming," Elliott told reporters postgame Saturday of the decision to leave. "Obviously you understand that all young men get homesick, but at the end of the day, Demarkcus is a good young man and he did things the right way. I have no issues with that. It’s just unfortunate because he had a lot of things compound at once, especially with the issues with his grandparents and he wanted to be closer to home. You can’t fault the young man for that.

"I’m appreciative of him and his parents and Lakeland (HS) for letting us recruit him and we’ll do it all over again."

"Super disappointed, great young man and very, very disappointed," Swinney said. "He is a good kid but said he wanted to be closer to home. So you wish him well. We didn’t have him long -- just a couple of months. But certainly appreciate the opportunity we had to work with him a little bit. Hopefully he will get in a good situation where he can become the player I know he can be."

"Didn’t expect that but it’s 2020. There are a lot of things that catch you off guard in 2020. I tried to talk him out of it, but that’s what he wanted to do. And it’s really easy to do that and it is going to get easier, you know, with transfer portal and those type things. It will get easier and easier for guys to just pack up and go. That is the world we are living in. But he’s a great kid, again, you know, certainly no hard feelings or anything like that."

He totaled nine carries for 32 yards in the first two games of the season.

Bowman rushed for 5,081 yards, including an 11.4-yard per-carry average and 71 touchdowns during his HS career.