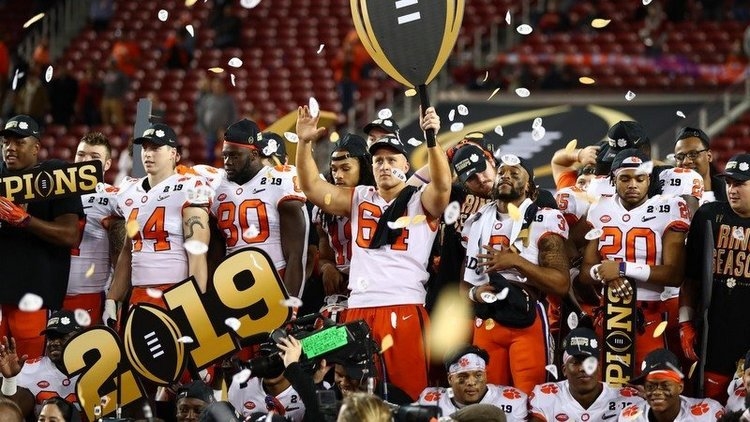 ESPN’s long-standing commitment to college football’s bowl season continues in 2019-20 with a 35-game slate on 14 dates across a two-and-a-half week stretch, which includes all 14 ESPN Events owned and operated games. The bowl mania will include the College Football Playoff Semifinals and the entire New Year’s Six, which will build up to the season’s grand finale: The College Football Playoff National Championship from the Mercedes-Benz Superdome in New Orleans.

As part of today's release, ESPN announced the game times and networks for bowls with an ACC tie-in and any secondary league bowl games. The ACC Bowl lineup includes:

The 2019-20 Bowl Season Begins in Late December, Extends into First Week of January

The 2019-20 bowl schedule will begin on Friday, Dec. 20, closer to New Year’s Day than usual, but also just 13 days following the final full Saturday of the regular season. The later-in-the-calendar-start-date is due to the college football regular season spanning 15 weeks this season, rather than the normal 14, and the special Friday start day was granted through an NCAA waiver. As a result of this calendar abnormality, more bowls will also be played following New Year’s Day.

Despite the calendar shift, this season’s bowl slate will span 17 days, which is similar in length to previous years. Also, similar to year’s past, ESPN is the industry’s home to college football’s post season, airing 35 of the 40 bowl games that will be played this season.

This season’s College Football Playoff Semifinals will be played on December 28, three days earlier than the originally scheduled date of New Year’s Eve. The date change to the last Saturday in December, which was announced in 2016 and began in practice last season, did not affect the date of the College Football Playoff National Championship, which remains on Monday, January 13, at 8 p.m. ET as originally scheduled.

The Capital One Orange Bowl (8 p.m.) will be played on December 30 while the Rose Bowl Game Presented by Northwestern Mutual (5 p.m.) and Allstate Sugar Bowl (8:45 p.m.) are held in their traditional New Year’s Day time slots.

College Football’s All-Time All-America Team will be announced in January 2020 and recognized around the College Football Playoff National Championship in New Orleans, providing a grand finale to ESPN’s College Football 150 initiative. The year-long storytelling endeavor has begun on ESPN.com, with multiplatform content launching in August.