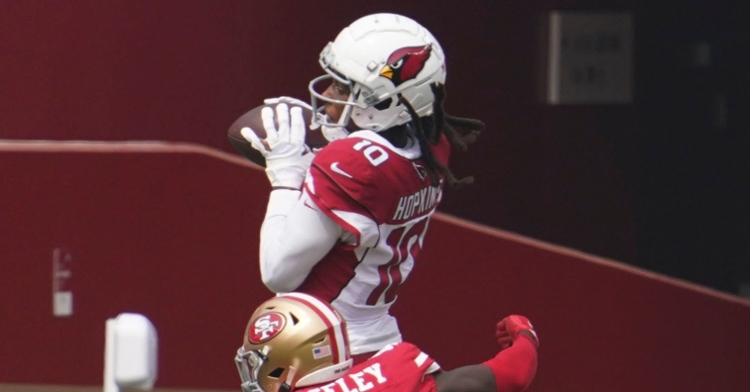 New offense, no problem for Nuk.

DeAndre Hopkins made his debut in the desert for the Arizona Cardinals Sunday, which made him the highest-paid non-QB in the NFL recently ($27.25 million per year).

Hopkins logged a career-high 14 catches for 151 yards in a 24-20 Arizona win over San Francisco. The catch count is the second-most in a single game for the franchise.

The three-time All-Pro was traded by the Houston Texans over the offseason, which started their season 0-1 with a loss to Kansas City Thursday.

This what y’all wanted to see??

First game as a Cardinal, sets new career-high with 14 catches.

What a debut for DeAndre Hopkins.

With 5 minutes left in his first game with the Cardinals, DeAndre Hopkins has already set his career high in receptions in a game with 14.

He is tied with Anquan Boldin for second most in a game in Cardinals history (Sonny Randle, 16) pic.twitter.com/mtnoNWIdPb