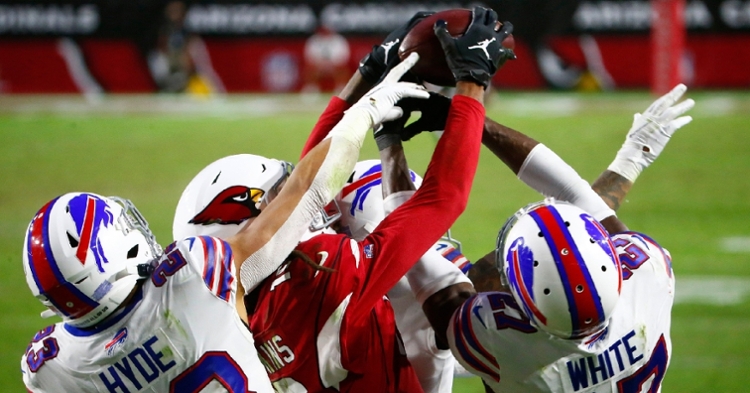 A big-time record has fallen.

He broke the record of his teammate Larry Fitzgerald's 700 catches at the age of 29. Hopkins caught No. 700 during the second quarter of Thursday's 28-21 loss to the Seattle Seahawks.

If Hopkins can keep us his impressive rate of production for most of the next decade, he could be looking to join his next team -- the NFL Hall of Fame.