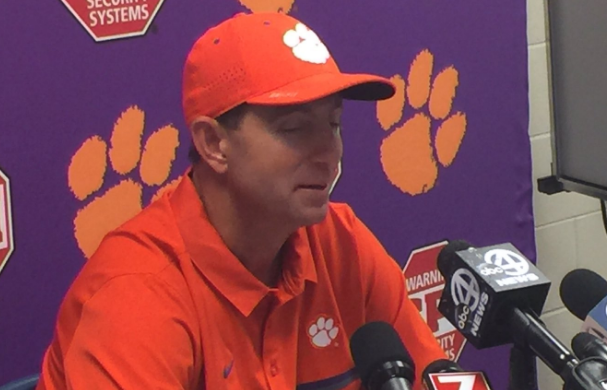 Clemson coach Dabo Swinney talked to reporters after his team's 19-13 win on Saturday night and he discussed various topics including going for it on fourth and four on the 23-yard line instead of trying a field goal that could have put Clemson up nine points late in the fourth quarter.

"I played the odds and I wanted to put it in the hands of our defense," Swinney said. "If they [Auburn] march down the field with 40 seconds and no timeouts I'm going to go down and shake their hand and say great job."

The Tigers won their 40th straight game against an unranked opponent.