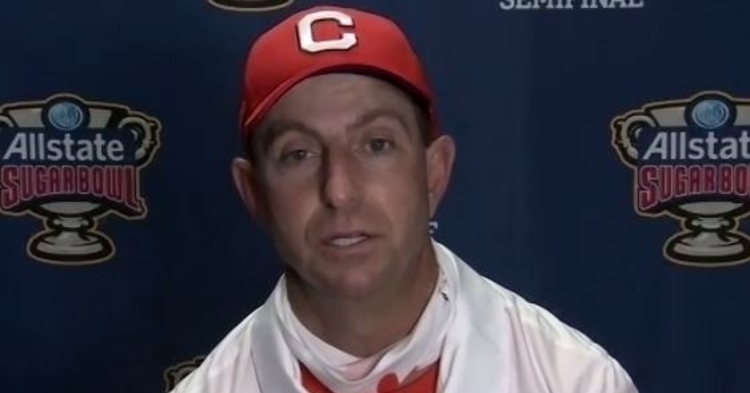 "First of all, my vote don't mean anything. But it means something to me, you know? It's my poll,” Swinney recently told ESPN. “I do it. It creates a stir because we just so happen to be playing Ohio State. It has nothing to do with Ohio State — absolutely zero. You can change the name to Michigan or Georgia or Florida or Tennessee or Nebraska. Anytime you have a top-10 (ranking), it should be that special. This year it's like really, really, really special and I wanted it to be that way. And so, I wanted to recognize the teams that played nine games or more. And so, if you didn't play nine games, I just didn't consider you from the top 10. That's why they were 11.”

Swinney was asked by reporter Dennis Dodd following the 49-28 loss if he had any regrets of ranking Ohio State 11th.

Swinney took responsibility for the loss.

"The only that I regret is I didn't do a good enough job getting my team ready. But I don't regret anything about that at all."