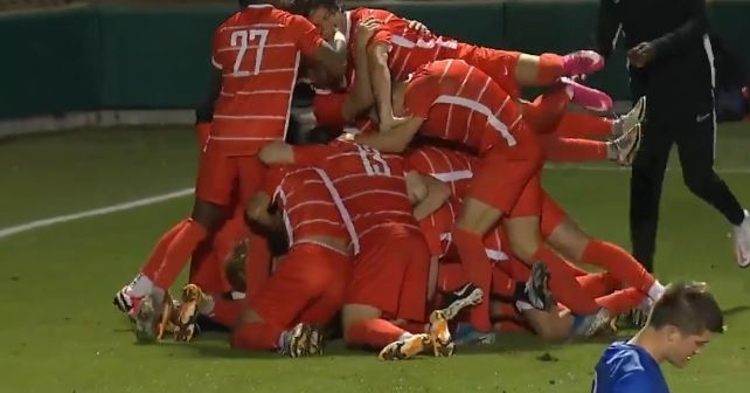 In the first half, the Tigers outshot Duke 7-4 and won the possession battle, but the Blue Devils struck first by finding the back of the net in the 21st minute.

Clemson fought back and tied the game at 1-1 in the 34th minute thanks to Brighton’s seventh career goal and first of the season. After Grayson Barber’s strike ricocheted off the right post, Brighton won the rebound and tapped it past the Duke goalkeeper into the bottom right corner of the net.

The teams continued to trade offensive opportunities throughout the second half. With under five minutes left in regulation, Clemson goalkeeper George Marks made a sparkling save by snagging a Duke header off a corner kick to keep the score knotted at 1-1.

In the first overtime period, Duke received a double yellow ejection, putting the Blue Devils down one player for the remainder of the contest.

In the 101st minute, Kimarni Smith made a run down the left side and played in a brilliant cross, meeting Brighton’s head in the middle of the box and sending the Tigers home as victors. With the pair of scores, Brighton has now scored in consecutive matches against the Blue Devils.

This was the 11th match between Clemson and Duke to enter overtime. Following tonight’s result, the Tigers are now 3-0-2 in OT against the Blue Devils while playing in Clemson. The victory marks Head Coach Mike Noonan’s 10th win when his team scores later than the 80th minute and his sixth when the match ends in a second OT period while leading the Tigers.

Clemson will hit the road next week for a matchup against the NC State Wolfpack on Friday, Oct. 23. Kickoff is set for 8 p.m. in Raleigh, N.C.