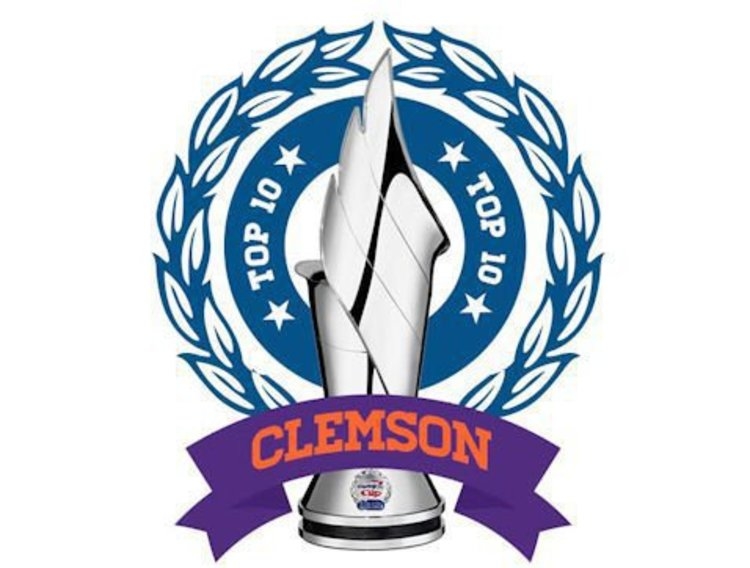 McLEAN, Va. (May 4, 2017) – As the winter college athletics season draws to a close, the race for the 2016-2017 Capital One® Cup is heating up, as reflected in the latest standings released today by Capital One (NYSE: COF), an official NCAA® Corporate Champion. Concluding a whirlwind season of surprising upsets, first-time victories, and emotional triumphs across several winter sports, Stanford University still holds on to its lead in both the men’s and women’s Capital One Cup standings; however, its place is not without strong competition from the University of North Carolina men and the University of South Carolina women. The Tar Heels and Gamecocks each earned points from momentous NCAA basketball titles, catapulting both programs to No. 2 in the respective standings.

The Capital One Cup is awarded each year to the nation’s best men’s and women’s NCAA Division I athletics programs. Along with the trophy, the programs that emerge to the top following the spring season receive a combined $400,000 in student-athlete scholarships and are honored at the ESPYS in July.

The Stanford men, who won their first-ever Capital One Cup in 2016, quickly secured the lead in the fall with a national championship in soccer and top-10 finishes in cross country and water polo. Adding top-10 finishes in fencing, gymnastics, and swimming and diving, the Cardinal men close the winter season with 92.5 points. Close on the Cardinal’s trail with a less than 10-point deficit is North Carolina, whose sixth national basketball title helped the program jump nine places to No. 2 in the standings. Other top contenders for the men’s Capital One Cup are Clemson (No. 3), James Madison (No.4), and Denver, which after closing the winter season with its eighth men’s ice hockey title, moved up to No 5.

Also, climbing from No. 11 in the fall season, the women of South Carolina earned 60 Capital One Cup points thanks to their remarkable run in the Women’s Final Four®. Conquering their first-ever national basketball championship with a victory over Mississippi State, the Gamecocks take second place in the standings, held off only by the women of Stanford. The Cardinal women renew their No. 1 stance with winter points earned from top-10 finishes in fencing, indoor track & field and basketball, as well as a national title in swimming and diving which capped an undefeated season. As it stands today, the Cardinal women could be in line for a record fourth Capital One Cup victory. Additional women’s programs at the top of the standings include USC (No. 3), which took home its first women’s Capital One Cup in 2016; West Virginia, whose top-10 finish in rifle lands its program at No. 4; and Nebraska at No. 5 with winter points in rifle, gymnastics, and bowling.

Below are the official Capital One Cup standings for the 2016 – 2017 winter athletics season with the top 10 point earners (including ties) listed in men’s and women’s athletics. The complete winter standings can be found at www.CapitalOneCup.com. 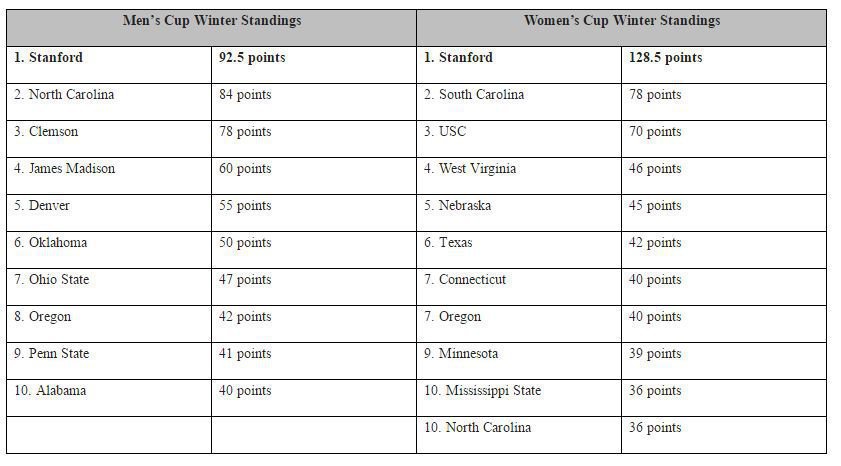