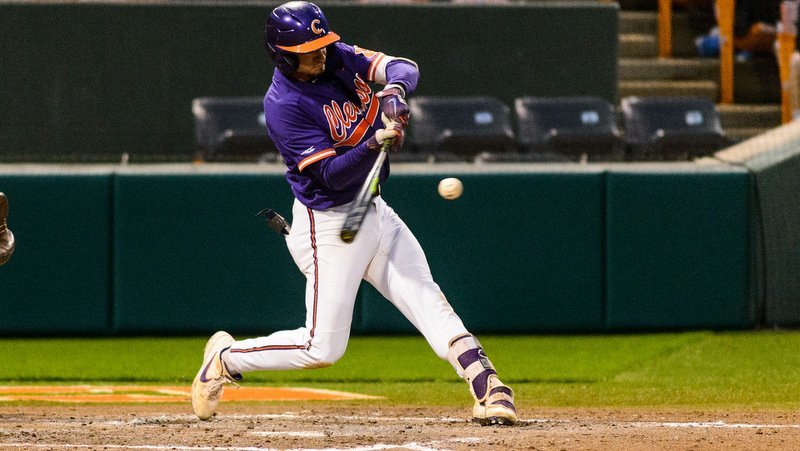 SHELBY, N.C. - Gardner-Webb scored six runs in the third inning and every Bulldog starter had at least one hit in its 9-7 victory over Clemson at Keeter Stadium on Sunday afternoon. The Runnin' Bulldogs, who were 1-1 in the home-and-home weekend series, improved to 20-23, while the Tigers dropped to 28-19. It was Gardner-Webb's first win over the Tigers in 12 tries and came in Clemson's first game in Shelby.

Sam Hall scored in the first inning on Kyle Wilkie's groundout, then Gardner-Webb plated six runs in the third inning, highlighted by Ben LaSpaluto's two-run homer and three unearned runs after a costly two-out error. After the Runnin' Bulldogs scored two runs in the fourth inning to build an 8-1 lead, Grayson Byrd laced a two-out, run-scoring single in the fifth inning and Justin Hawkins belted a two-out, run-scoring single in both the sixth inning and eighth inning.

The Tigers play Presbyterian College at Doug Kingsmore Stadium on Tuesday at 6 p.m. Fans can purchase a ticket for only $2.