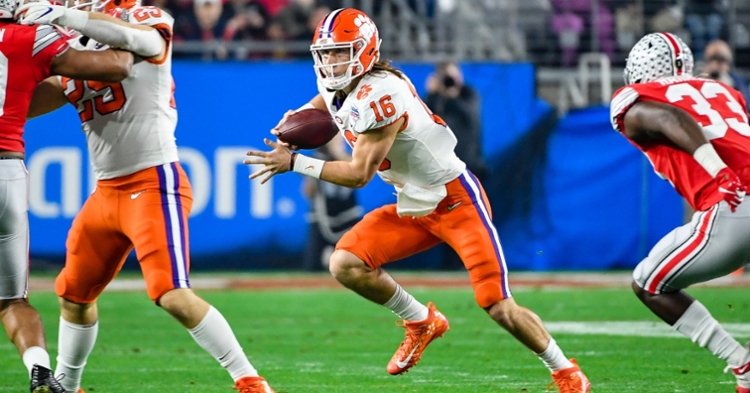 CLEMSON, S.C. - Clemson Athletics, in conjunction with the Clemson Tigers Network, is set to begin re-broadcasting audio of some of the best games from recent history on a weekly basis.

The lineup features 15 classic games from the past five years, beginning this Saturday at 10 a.m. with Men’s Basketball’s 84-53 triumph in the 2018 NCAA Tournament against Auburn. Games will air at 10 a.m. on Saturdays across the radio network, as well as streaming on ClemsonTigers.com via TuneIn, unless otherwise noted.

*All games air at 10 a.m., unless otherwise noted

All games will be broadcast in Clemson on 105.5 WCCP, in Spartanburg on 97.5, online at ClemsonTigers.com, the TuneIn App, and on select Clemson Tigers Network affiliates, including WPUB in Camden, S.C., WGZV in Charlotte, and WLON in Lincolnton, N.C.