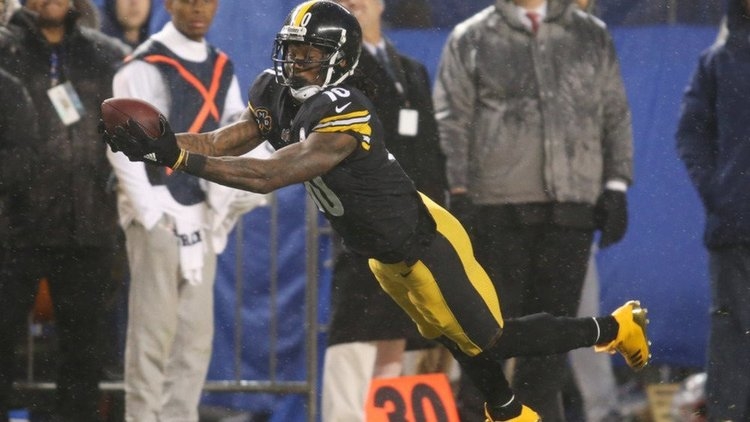 Week 15 in the NFL was another showcase for Clemson's 'WRU' label.

Adam Humphries brought Tampa Bay within a score with his fourth career touchdown catch, in his five receptions for 43 yards against Atlanta in a 24-21 loss Monday night. He also tallied two punt returns for 30 yards.

In a more decided defeat, DeAndre Hopkins re-set his own team record for touchdown catches in a season (12), with Houston's lone score in a 45-7 loss to Jacksonville.

Hopkins saw 13 targets and hauled in four receptions for 80 yards.

"I feel like I could have had more touchdowns this year," Hopkins said of the new TD mark. "My record is what it is, but I've always put the team first, and it's a team sport. With our record (4-10) is what it is, it's hard to enjoy this."

Martavis Bryant earned the mark for degree of difficulty with a couple spectacular grabs in a puzzling 27-24 loss to New England.

Bryant sprawled out on a dive for one reception and needed just one hand for another in a TD, totaling four catches for 59 yards in six targets:

Quick hits: After five TD catches in six weeks previously, Sammy Watkins had a quieter week in a 42-7 win at Seattle, with two catches for 14 yards in five targets...On the winning side in Tampa, Grady Jarrett tallied a sack and five quarterback pressures. Vic Beasley also added a stop...On the defensive side for the Texans, Marcus Gilchrist totaled six tackles (5 solo) with one for loss. D.J. Reader and Carlos Watkins each put up two stops...It was a light day for 49ers punter Bradley Pinion in a win over Tennessee, with one punt for 43 yards. Kevin Dodd posted a TFL and two total stops for the Titans...Patriots tight end Dwayne Allen brought in one catch for 10 yards in a win over the Steelers...Dolphins linebacker Stephone Anthony totaled three tackles (2 solo) in a 24-16 loss at Buffalo...Redskins defensive back Bashaud Breeland posted four tackles (3 solo) with a pass defensed and three kick returns for 61 yards in a 20-15 win over Arizona. For the Cardinals, Jaron Brown was limited to one catch in three targets for nine yards...Colts defensive back T.J. Green tallied nine tackles (4 solo) with one for loss in a 25-13 loss to Denver...Minnesota safety Jayron Kearse notched a tackle for loss and four total stops in a 34-7 win over Cincinnati...In a loss to LA, Seahawks DB Byron Maxwell got in on four tackles.

Grady Jarrett was a beast on MNF! ?? pic.twitter.com/3suBVOQJBB