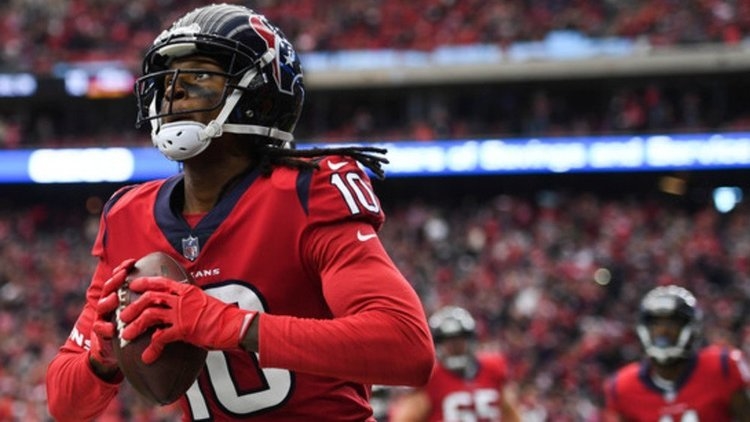 Really, it could've been a touchdown for either former Tiger.

Chargers quarterback Kellen Clemens missed an open Mike Williams on a slant – and that throw behind Williams was deflected into the arms of Redskins cornerback Bashaud Breeland, starting his path to a 96-yard touchdown return.

The Chargers didn’t miss many throws on the day, however, in a 30-13 win, and Williams did register a catch for three yards in the game. Working back from multiple injuries, Williams has 10 catches in seven games for 87 yards.

The return by Breeland marked the longest for any former Clemson player in an NFL game. The fourth-year pro also totaled six tackles.

Ball thrown high and behind the receiver, Breeland does a nice job adjusting and securing the INT, takes it all the way back pic.twitter.com/I2XtuzttBa

Bashaud Breeland with a 96 YARD PICK-6!pic.twitter.com/E3GqA4630K

Speaking of big performances in a losing effort, DeAndre Hopkins posted his second-highest receiving total of the season (149 yards) on 11 catches with two touchdowns in a 26-16 defeat versus the San Francisco 49ers.

Hopkins topped the 100-yard receiving mark for the fourth time in seven games and scored multiple touchdowns for a second time this season.

The fifth-year pro ranks second in the league in receiving yards (1,233) and yards per game (94.8) with the most touchdown receptions (11).

Quick hits: Elsewhere in Houston, Texans running back Andre Ellington had three carries for six yards and a catch for 16. Carlos Watkins posted two tackles, D.J. Reader, three and Marcus Gilchrist, six, with a pass breakup. For the 49ers, punter Bradley Pinion averaged 41.4 per punt and landed two of five attempts inside the 20…Rams receiver Sammy Watkins notched his fifth touchdown in the last six games, totaling three catches for 21 yards in a 43-35 home loss to Philadelphia…Seahawks cornerback Byron Maxwell put up a team-leading nine solo tackles with one pass breakup in a 30-24 road loss to Jacksonville…With Rob Gronkowski out, Dwayne Allen saw five targets with two catches for 10 yards in a 27-20 loss to Miami…Grady Jarrett totaled two stops and Vic Beasley, one, in a 20-17 win over New Orleans…Steelers receiver Martavis Bryant saw 10 targets with six catches for 33 yards and also tallied five returns for 55 yards in a 39-38 win over Baltimore. Coty Sensabaugh added five solo tackles…Wayne Gallman was one yard short of 100 from scrimmage in a 30-10 loss to Dallas. Gallman rushed 12 times for 59 yards and seven catches for 40 yards…Jets kicker Chandler Catanzaro didn’t get a kick attempt in a 23-0 loss to Denver…Titans OLB Kevin Dodd put up a tackle in a 12-7 loss to Arizona, where Jaron Brown had two catches for 15 yards in five targets and also one tackle…Colts defensive back T.J. Green posted four tackles and a pass breakup in a 13-7 OT loss at Buffalo…Chiefs defensive tackle Jarvis Jenkins logged his first sack since 2015, as well as three total tackles, in a 26-15 Chiefs win over Oakland…Vikings DBs Jayron Kearse and Mackensie Alexander each put up one stop in a 31-24 loss at Carolina…Bucs receiver Adam Humphries caught three passes for 25 yards in a 24-21 loss to Detroit.

Sammy Watkins hauls this in for a touchdown. Mills in coverage again. pic.twitter.com/li9D7Omknq