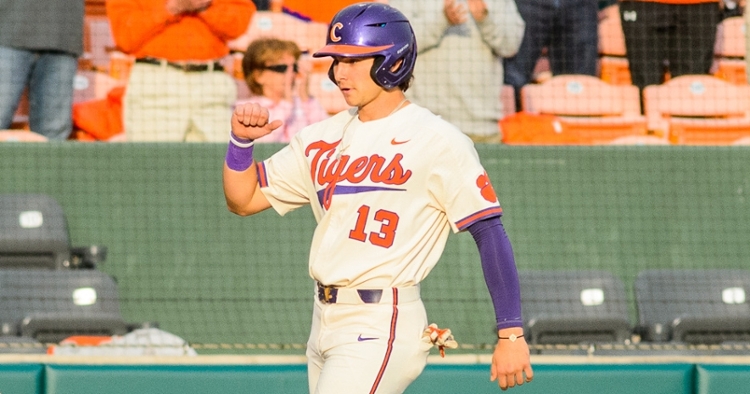 Clemson center fielder Bryce Teodosio has suffered a broken wrist and will be out "until at least the beginning of May," Clemson coach Monte Lee told SportsTalk on Monday.

Teodosio injured it on a diving catch in the South Carolina series the week prior.

"One of the best catches I've ever seen. Obviously preserved the no-hitter at that time," Lee said. "Unfortunately, he landed on his throwing hand and broke his wrist...It could potentially be season-ending."

The junior from Simpsonville had made six starts in eight games, hitting .167 with 16 putouts in the outfield.

Lee added he hopes to have catcher Jonathan French (leg) back in the next couple of weeks and reliever Sheldon Reed (elbow) could come back in May.