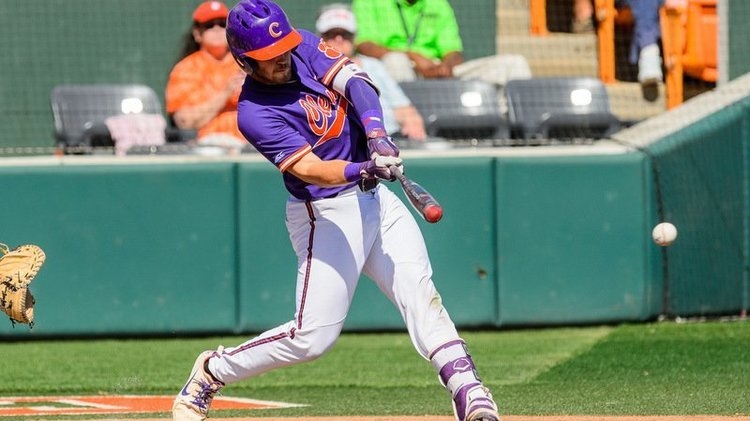 • The Fighting Irish were swept at Louisville last week. They are hitting .274 and have a 5.55 ERA and .974 fielding percentage.

• Danny Reyes is hitting .327, while Freddy Zamora is batting .310 with 20 steals. Romy Gonzalez has totaled 21 steals as well.

• The Tigers are the designated visiting team and occupy the first-base dugout on Wednesday.

• Clemson is the designated home team and occupies the third-base dugout on Thursday.

• The games are played at Durham (N.C.) Bulls Athletic Park.

• It is the 11th time the ACC Baseball Tournament is held in Durham and first time since 2016, when Clemson won its 10th ACC Tourney title.

• The 2018 tourney’s format has four three-team pools. The winner of each pool advances to a four-team, single-elimination tourney.

• The format, in its second year, features four three-team pools that guarantees the 12 teams play a minimum of two games.

• Pool A is comprised of No. 1 seed North Carolina, No. 8 seed Georgia Tech and No. 12 seed Pittsburgh.

• The ACC Championship Game is Sunday at noon on ESPN2, and the winner of the game receives an automatic bid into the 2018 NCAA Tournament.

• All of Clemson’s ACC Tournament games are broadcast live on the radio by Clemson Tigers Network.

• Live stats are available at ClemsonTigers.com for all Tiger games.

• This is the 45th ACC Tournament, and Clemson has been to the finals in 22 of the previous 44 tournaments, nine more than any other school.

• Clemson has won an ACC-high 10 ACC Tournament titles in history, including 2016, when it beat Florida State 18-13 in the title game.

• Only Florida State (65.5) has a better winning percentage than Clemson (61.1) in ACC Tournament play.

• Clemson (22-8) won 12 of its last 13 ACC regular-season games and tied for first in the overall ACC standings with North Carolina.

• It marked the first time the Tigers at least shared the ACC regular-season title since 2006.

• Clemson won its first ACC Atlantic Division title since 2010, when it shared the division title with Florida State with an 18-12 record.

• It was the Tigers' first outright ACC Atlantic Division championship since 2006.

• The Tigers won all five ACC road series for the first time in program history.

• Clemson has won a school-record 11 ACC road games in a row, including sweeps at Wake Forest, Virginia and Pittsburgh.

• The Tigers recorded three ACC road sweeps for the first time since 1995.

• Seth Beer (OF) and Ryley Gilliam (RP) earned First-Team All-ACC honors. It was the third time Beer was named All-ACC.

• Clemson’s six All-ACC selections tied for third most in the conference.