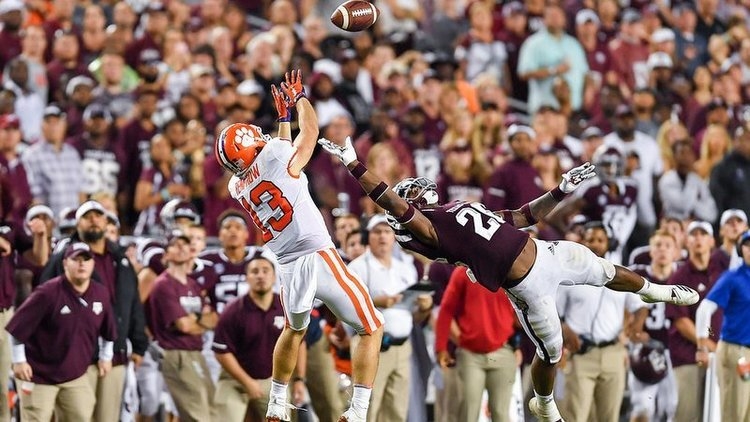 Clemson is officially on UPSET ALERT.

CBS Sports Network's Rick Neuheisel is calling the road upset for the No. 1 Clemson vs. No. 12 Texas A&M contest on Saturday.

Vegas odds have the Tigers as a 17.5 point favorite as of Wednesday morning.

No matter, Neuheisel likes the Aggies in this matchup inside Death Valley with the defending National Champions.

"Look at the numbers from a year ago, A&M outplayed Clemson," he said. "Now they didn't on the scoreboard, and it was one of the most entertaining games of the season but more first downs, more yards. You just put up those monster numbers that Kellen Mond enjoyed 430 yards throwing the ball (vs. Texas State)."

Neuheisel thinks that the Aggies' defense will make more plays against the Tigers this season.

"I think because of Mike Elko and what they have done defensively and look at the game that they had four interceptions," he said. "One of the big concerns that Elko had a year ago was the backend wasn't able to play the ball. They are better there this year. I think their run-stopping defense is gonna corral ETN and I'm going over the edge and telling you A&M is gonna win."

.@CoachNeuheisel calling an UPSET on Inside College Football!