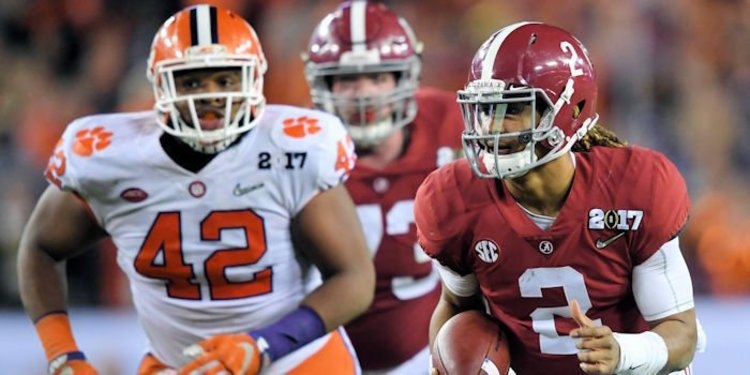 Clemson won the 2016 National Championship with a last-second touchdown reception by Hunter Renfrow in the corner of the end zone to defeat Alabama 35-31. Crimson Tide head coach Nick Saban said recently to ESPN that the loss is something that he will never get over. Now, Alabama starting quarterback Jalen Hurts is using the loss as motivation as he has a Clemson celebration photo as his phone background.

"We're obviously all on our phones all the time," Hurts said via al.com after Alabama's spring game. "Every time I unlock it, it's kind of a reminder. It kind of humbles me and keeps me motivated."

Hurts is using the photo to keep him motivated for the upcoming season in hopes of winning a National Championship.

"It's not a grudge at all," Hurts said. "It's just something that keeps it on the back of your shoulder like, yeah, it's still there. Remember why you're doing it because, at the end of the day, the goal for this team is to win the national championship."

Hurts completed 13 of 31 passes for 131 yards and a passing touchdown. He also had 10 rushes for 63 yards in the contest.