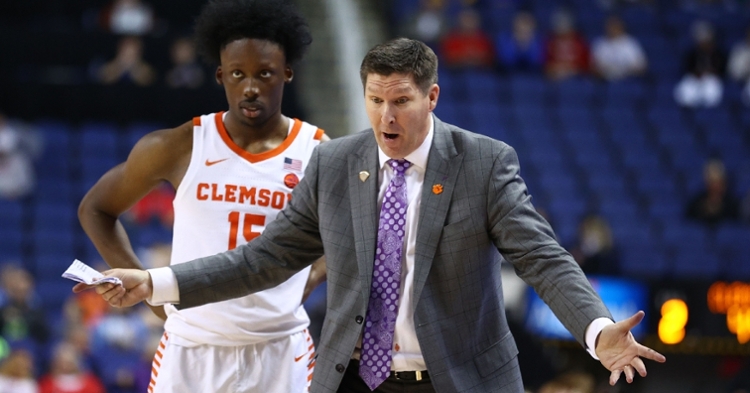 Brad Brownell will have a talented team back this season (Photo: Jeremy Brevard / USATODAY)

Mark it down, Clemson will make the 2021 NCAA tournament.

Well, if the ACC has their way it might be a 100 percent reality.

According to the Stadium's Jeff Goodman, the ACC just finished a conference call where they voted to propose an all-inclusive 2021 NCAA Tournament including 346 teams.

Can you imagine filling out a mega bracket of 346 teams? You might want to block off half a day to fill it out.

Goodman said that Duke's Mike Krzyzewski is a key figure trying to make this proposal work.

This idea of EVERY team being included in the NCAA tournament this year is spearheaded by Duke’s Mike Krzyzewski, source told @Stadium.

The proposal would mean that every single team in the D-1 ranks would be included in the NCAA tournament. https://t.co/k5iiyRjJCD

Source: The ACC has already had discussions with Dan Gavitt and the NCAA regarding an NCAA Tournament in 2021 featuring every Division 1 team in college basketball.

Plan would turn conference championship week into the opening round of the Big Dance. From there the field is reduced to 64-68 by the following week.

Remember when filling out your @NCAA Tournament bracket this year, a 1-seed has never lost to a 128-seed

One of the big questions that came up on the ACC call today was, “Who is actually making the decisions at the NCAA with college basketball and the NCAA tournament?”

It’s fair. No one really knows.