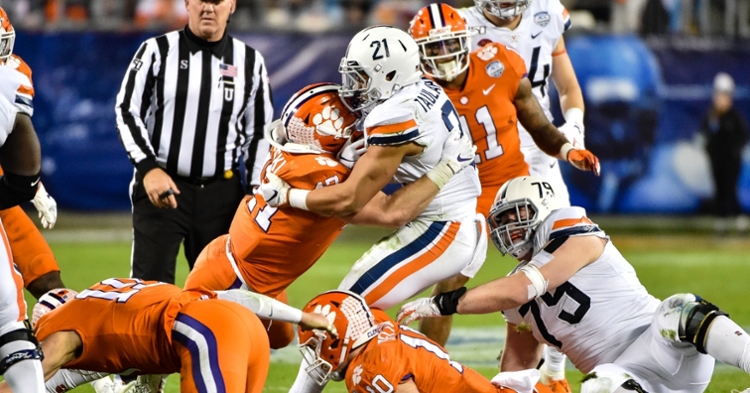 Virginia has had a non-conference game canceled versus VMI and now postponed with Virginia Tech.

Reigning Coastal Division champion Virginia had its opener pushed back.

Virginia’s opener at Virginia Tech, scheduled for Saturday, Sept. 19, has been postponed. UVA director of athletics Carla Williams was contacted by Virginia Tech officials on Friday, Sept. 11 about the possibility of moving the date of the game. The two schools will work with the Atlantic Coast Conference to reschedule the game later in the season. The ACC announced later Saturday that Virginia will open with Duke on Sept. 26 now.

“These are very challenging times. We understand and respect the decision by Virginia Tech,” said Virginia director of athletics Carla Williams in a news release. “With so much uncertainty, flexibility in scheduling becomes incredibly important. I know both teams and both fan bases were looking forward to opening the season next weekend. We’ll work with the conference and Virginia Tech to reschedule.”

The Tigers are supposed to close their ACC season at Virginia Tech on Dec. 5.

In addition to the other rescheduled games, the Miami at Louisville game on Saturday, September 19 will now be played at 7:30 p.m. on ABC. UCF at Georgia Tech will remain at 3:30 p.m. but will now be aired on ABC.

Just so I have the date right in something that'll get retweeted:

That's two postponements in the first two weeks for the #Hokies.

#UVA at #Hokies football game on Sept. 19 has been postponed due to COVID issues at Virginia Tech. Hokies are pausing football activities for four days. Game could be played later in the year.
'Hoos football has had zero positives since testing began.https://t.co/mNT5v4gd1o