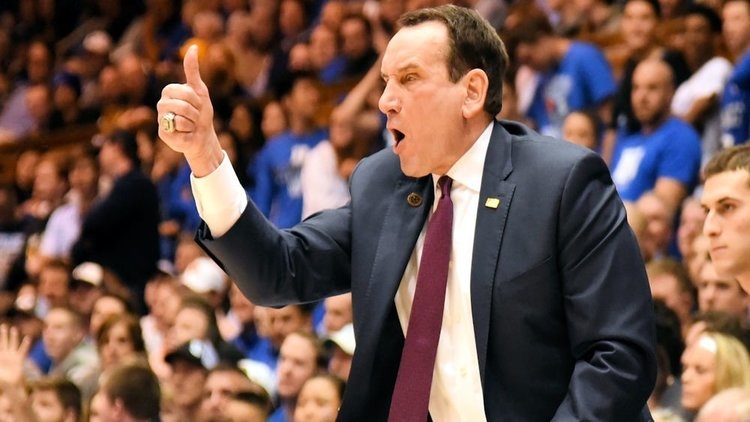 • The Tournament: A History of ACC Basketball film event set for 2020-21

• Packer and Durham coming to ACCN

ESPN provided a first look at planned content for ACC Network (ACCN), the new, 24/7 national platform that will launch on August 22, 2019. At an event held prior to the semifinals of the 2019 New York Life ACC Tournament at the Spectrum Center in Charlotte, N.C., network officials announced four ACCN exclusive early-season conference basketball games featuring eight ACC institutions (November 5 and 6), an ESPN Films documentary, The Class That Saved Coach K, and a multi-part film, The Tournament: A History of ACC Basketball, and a daily talk show Packer and Durham hosted by Mark Packer and Wes Durham on ACCN and simulcast on SiriusXM radio.

“With just over five months from the launch of ACCN, we continue to assemble a compelling programming slate of live events and original content that speaks to ACC fans’ interests and the conference’s hallmarks of historic achievement and unmatched basketball success,” said Rosalyn Durant, ESPN senior vice president, college networks.

The 2019-20 men’s basketball season will open strong on ACCN with four high-profile matchups on November 5 and 6. Leading off, Georgia Tech will play at NC State, and Miami will host Louisville on November 5. The following day, Virginia visits Syracuse and North Carolina hosts Notre Dame.

The rich traditions and excellence of ACC men’s basketball will receive the ESPN Films treatment through a pair of documentary projects, The Class That Saved Coach K, and The Tournament: A History of ACC Basketball.

The Class That Saved Coach K

Set to debut on August 22, 2019 – the night of ACCN’s launch, this one-hour documentary tells the story of Duke basketball head coach Mike Krzyzewski and his 1982 recruiting class that, over four years, would overcome a bumpy start to change the narrative - turning the Blue Devils around and setting its coach on a historic course. Members of that class, including Mark Alarie, Jay Bilas, Johnny Dawkins and David Henderson, along with the Hall of Fame coach, recall the extraordinary beginning of Duke’s journey to becoming college basketball’s gold standard.

The Tournament: A History of ACC Basketball

Slated for the 2020-21 season, this multi-part documentary will give fans a deep dive into every chapter of the ACC men’s basketball tournament – from its beginnings in 1954 to present day – and, along the way, the very history of the conference itself. Of all the ways that the ACC has arguably become the most successful league in the history of college basketball, at the center of it all, is its postseason conference tournament.

Set to air live on ACCN and simulcast on SiriusXM radio every weekday morning from 7-10 a.m. ET, the talk show will provide a full view of ACC action across all 15 institutions in the vein of Packer and Durham’s current program, ACC Central, which airs on SiriusXM Channel 371.

“Few people are as entrenched in the ACC sports scene as Mark and Wes,” said Amy Rosenfeld, ESPN senior coordinating producer and production lead for ACCN. “Their decades of ACC market experience and their obvious chemistry and commitment to informing and entertaining listeners made this an easy decision. We’ll only seek to amplify the great work they are already doing.”

Packer, a Clemson alum and Charlotte native, garnered acclaim through his “Primetime with Packman” show on WFNZ-AM (Charlotte) from 1997-2010 before the show moved to SiriusXM Radio. Packer also hosts “Off Campus with Mark Packer” on ESPNU Radio. Meanwhile, Durham has long been considered synonymous with the ACC as he began his professional career as the radio voice for Georgia Tech from 1995-2013 before joining regional television to handle play-by-play duties for ACC football, basketball and baseball games. Durham, the son of longtime “Voice of the Tar Heels” Woody Durham, has also been the play-by-play radio voice for the Atlanta Falcons since 2004.

In addition, Durham will also call football and men’s basketball games for ACCN.

Fans interested in learning more about ACCN can visit www.GetACCN.com.