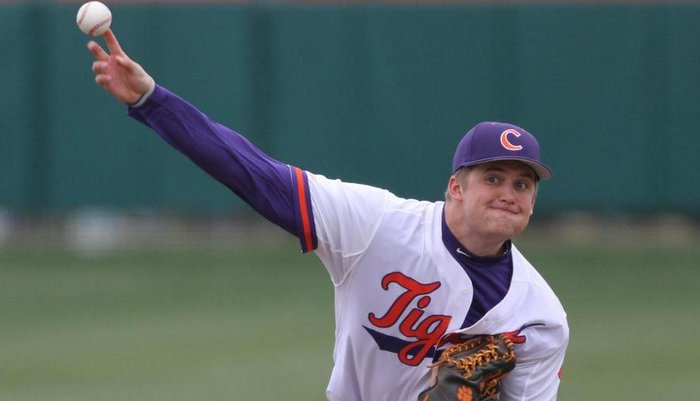 We are in that time of year where all three major sports at Clemson are in action and all three produced exciting results this past weekend.

The baseball team won the series with South Carolina. This was big news for a couple of reasons. First it marked the second straight year Clemson has won the baseball series, after not winning it for eight seasons. Also, it was the first installment for new head coach Monte Lee and his staff.

The men's basketball team got a nice 66-50 win over Boston College in Chestnut Hill on Saturday. The Tigers got a nice compliment to Jaron Blossomgame and won their tenth ACC game of the season.

The football team is in spring practice and Saturday was Youth Day where hundreds of kids got a chance to see their favorite team up close. The big news from football this weekend was the commitment of 2017 running back Cordarrian Richardson. The Memphis, TN product is a four-star back that is ranked in the top five in the state of Tennessee and among the top five running backs in the country according to rivals.com.

Yes, Clemson's three major sports were great this weekend, but the real news out of the weekend was the hope that was provided for the future.

Lee's first Clemson team is off to a great start and part of that is due to the improvement in an inexperienced pitching staff. Andrew See is the new pitching coach for the Tigers and his group of young pitchers have been outstanding. The Tigers have a 1.92 ERA in the first three weeks of the season and allowed only one Gamecock run in the final two games of the series. It is this kind of pitching that has the Tigers in the top ten of the RPI in college baseball.

On the hardwood, Clemson could have Blossomgame return next season and it would mark a rare occasion where the Tigers have a returning ACC player. It could mark the first time Clemson has returned a first team All-ACC player since Will Solomon in 2000-01. The only other Tigers to return after being a first team all-conference selection are Terrell McIntyre, Dale Davis and Choppy Patterson. The Tigers have never had a two-time first-team All-ACC player. With Blossomgame and three transfers, Brad Brownell could have his most talented team.

And the future in football is obviously very bright and may have gotten brighter this weekend. Clemson has talent in the backfield, but Wayne Gallman could turn pro after his junior season. That would leave Adam Choice and incoming freshman Tavien Feaster as the two most talented backs. Choice has a chance to be the number two guy this fall. Feaster is the breakaway threat that gives Clemson a guy that could score from any point on the field. But the hope is that Richardson gives the Tigers that big back that can break tackles and move the pile. Yards after contact is what this staff loves about their newest commitment.

So this weekend was a bright one in Tigertown. There is hope that more like it are on the way.