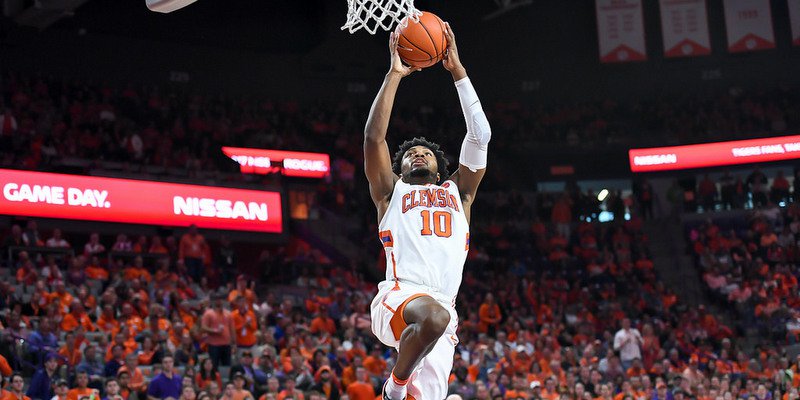 Never have I seen crazy basketball in the NCAA Tournament like this year. March Madness does not begin to explain how Virginia could lose by 20 to who ever UMBC is, how Carolina could lose by 21 to Texas A&M, how Cincy could blow a 22 point lead in their loss to Nevada, how Syracuse wins 3 games in 5 days, how there are 4 ACC teams in the Sweet 16 without UVA or Carolina, and maybe the wildest is that our Tigers beat the Auburn cubs by what seemed like a hundred. As I have said before, when Clemson makes good passes and shoots well, they are a very good team. March Madness is not just a phrase, so why not believing the Tigers could beat Rock, Chalk, Jayhawk?

As for baseball, very disappointing that NC State swept what may have been an overrated Clemson team over the weekend. Clemson appears to be a good team but somehow has to hit the ball better. Of the 5 ACC teams with the best overall records, NC State, Clemson, Duke, Florida State and Louisville only Duke has a lower team batting average than Clemson and it is only 1/100th of a point lower. A weak hitting team puts great pressure on pitching and defense and the Tigers have plenty of time to start hitting so maybe March Madness will help with that also.

I thought this would be a wild March Madness because I didn’t see any dominant teams. The one and done programs and the transfers have created this parity.

Clemson is playing at its highest level in years. The gameplans have been awesome, and the execution has been the best I have ever seen. Clemson held the highest scoring team in the SEC to 19 points in the first half. Who would have thought a 41-point lead and a 31-point win was possible? Clemson can beat Kansas. If the Tigers execute close to what we saw Sunday night, they can beat anyone.

Something a Clemson fan probably never thought they would ever see. And the Tarholes got punished on the same day made it even sweeter.

Big CU baseball fan too and this weekend was really disappointing. I am not surprised however, because a 257 batting average in college baseball will not get it done.

Overall, Tiger pitchers did reasonably well to hold down State who came in hitting over .330 as a team, but scoring one run at home in the first 2 games really is disappointing. I fear that if Davidson and Beer

don't get going soon, we may be in for more of the same as you know the conference schedule is a grind. I am hopeful that Meredith is all that is advertised and can get back soon. I sure remember the days we hit over .300 as a team and had multiple players with double figure home runs.

I keep on hoping.

It's crazy that Virginia and North Carolina went home early, while Clemson, FSU, and Syracuse are still playing. Timing is everything. Who you run into is important too. UVA and UNC ran into some buzzsaws.

The baseball team looked like something I didn’t recognize this weekend. I didn’t think we would see a team come in here and take the fight to Clemson as State did. I agree about Davidson and Beer. But it's early and this is the same team that went 16-1. I think State deserves credit as well. I think we will see Clemson rebound and play well soon. This is a big week with four road games, but maybe this team needed to get away from home after the bad vibes from this weekend.