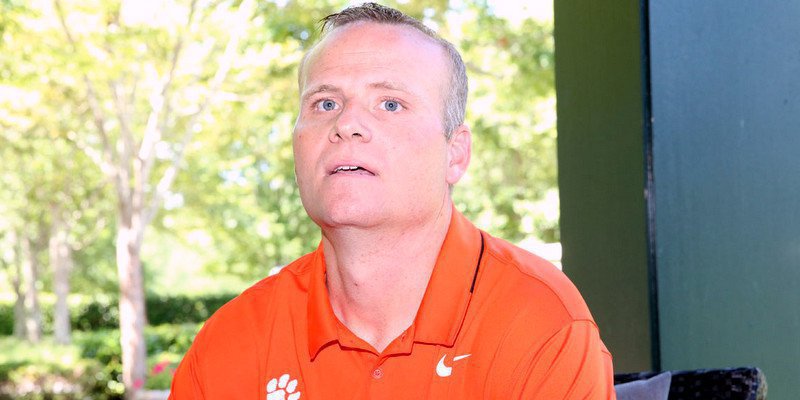 I always enjoy your recruiting coverage and have a bunch of questions for you. In order to let you dive more in-depth with my questions I hope I can stagger some over the next couple of weeks. My first one is, tell me about the quarterback class for 2020. I hear a lot about the superstar from California. Will we sign him and if so, will we sign more than one quarterback in 2020? Thanks.

D.J. Uiagalelei is the nation’s number one player in the class of 2020. He is from Bellflower, CA. Coaches love his size (6-5, 235) and his arm. He is also a terrific athlete who could play college baseball as well.

At this point, I am not sure if the Tigers will want to sign two quarterbacks. What I do know is they have gone “All In” with Uiagalelei. They have been to see him twice this month. He has been to Clemson twice as well. Oregon is the biggest competition, but I think Clemson leads. LSU, Oklahoma, Auburn, and others will pursue, but my guess is Clemson wraps him up fairly soon.

As far as numbers go, it will be hard to sign another great quarterback in this class if Uiagalelei commits. I would doubt they would sign a backup option.

Hope this helps. Looking forward to more of your recruiting questions.

I really enjoy listening to your show while representing Clemson in Columbia. I had a few comments and questions.

1) I am old enough to be Christian Wilkins' father, but I was wondering if he would be willing to be my mentor? I'm too old for football, but I feel sure he could teach me something about dancing! Seriously, what an incredible role model for a young (and old) person to have. He is going to be greatly missed not only for his football play but for his entertainment value as well. What a great ambassador for the University.

2) I had a weak moment last Saturday and watched about 5 minutes of USC-Akron. They were speaking about the new football operations center, and how George Rogers' Heisman would be displayed there. What else would they display? Either they have a very small trophy case, or else they build a large one and fill it with finger-paintings.

3) What do you think of the idea of creating divisions within 1-A football? They do this - or at least used to - in high school, with a 4A Division I and Division II. There could be a separate playoff for both divisions. Of course, conferences would have to realign, so most assuredly Duke, Wake, and Vandy would be in the same Division and conference. Either that, or go to 6 teams in the playoff and the top 2 seeds get a bye.

Thanks for your time!

I am not sure I have seen any player have as much influence on this program on and off of the field as Wilkins. What a truly unique character. Clemson has been blessed to have him. He will leave behind a great legacy.

I have not seen the new plans, but they have some catching up to do.

I think we will see changes to the playoff in the next ten years or so. I am not sure what if it will be six or eight teams, but I know they won’t turn away the extra revenue created by more games. Also, we have to keep everyone engaged. The PAC-12 and Big-10 are out this year. Why should they care about the playoff? We need all conferences to participate.

Eventually, I think the Power Five break away and form their own league, but that might be 20 years away.

With Clay Webb is not going to Clemson, is it possible that we could have an offensive line as bad as this year's FSU in our future? Is it fair to say that we struggle more recruiting offensive lineman than any other position? We have three commitments on the offensive line for the 2020 class, but how much will it hurt in the future that we have missed on most of our targets this year?-David

It is fair to say the offensive line recruiting does not match the rest of the roster, but is it fair to assume the offensive line will struggle? There are several factors here. First, they like the players they have signed. Carman, Bockhorst, Vinson, McFadden, etc. Second, they like Rayburn in this class and feel they have a good shot at Putnam, who they really like. Third, this was an awful year in the state and surrounding states for OL. The staff did not like many of the higher rated players, and the pool is smaller. Fourth, I would expect a defensive lineman or two to move over to the offensive line eventually like Cervenka and Shatley did. And as you mentioned, they love the 2020 class of OL. Finally, Clemson has not recruited all that great on the offensive line in the past years, but Caldwell has developed players, and the offense keeps breaking records.

I don't think that we have seen Tee Higgins and Justyn Ross line up on opposite sides of the field yet. Could Dabo / Tony / Jeff be holding this combination back for a Championship game?

They played the same position early in the season. It as the season progressed we saw more of those two guys on the field at the same time. I think we will continue to see more of it in the playoffs and next season. That puts a lot of pressure on defensive backs and defensive coordinators.