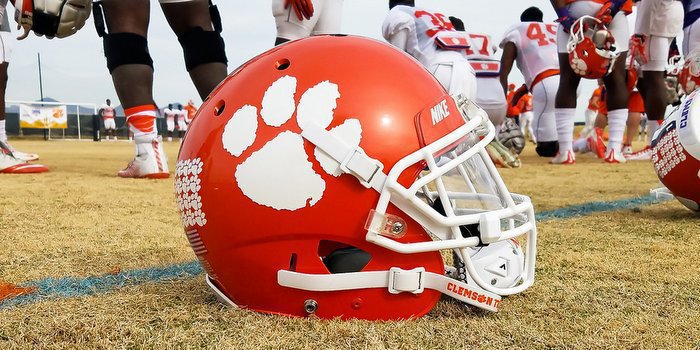 Love your website. As a Clemson alumnus and big fan in Washington state, your site let’s me keep up with what’s going on in the program.

I have an interesting question about Clemson uniforms. I love the traditional look but do you think (or have any insider knowledge) of any future plans to add a second helmet color - maybe purple?

There are always rumors, but I don’t think that is Dabo’s style. He likes the traditional look. We may see a throwback some day again, but I doubt we see any white or purple helmets any time soon.

So, clearly anyone can make different conclusions about pretty much any situation and this is mine about how conferences stack up perception wise after the NFL draft. If you look at the Power 5 as you would stocks, I would say the SEC is a "Strong Buy", the Big 10 is a "Buy", the ACC and PAC 12 are "Holds", and the Big 12 is a "Sell". Why would I spend my retirement time to make these crazy claims is a mystery to me.

If you look at the first 3 rounds of the 2107 and 18 drafts, the SEC had 55 selections, the Big 10 had 31, the ACC and PAC 12 each had 28, and the Big 12 had a pathetic 12. I only looked at the first 3 rounds because those are the players that usually get the money and make the teams but of course only a few are guaranteed. Is there any relation to performance by the conferences, bias by poll voters and ESPN,or perception by the public?

What I get out of this is that games are won on the field and many, many players that never get drafted or make an NFL roster play on those winning teams. As much as I hate to say so, one reason I do believe the SEC gets the publicity and the poll votes is because of their success in the draft and the other conferences have a long way to go. Dabo has taken Clemson to the level with Alabama, but again, I hate to say that the ACC has work to do. Long term, I believe the competition in the conference has to get better if Clemson is to be a yearly National Championship contender. After a down year by the conference last year, this is an important year for the ACC and I hope the competition will be good enough to get Clemson ready for another playoff run.

There is something to be said for the draft because the NFL is popular in most of the country. There is also something to be said for stats and propaganda. However, I personally don’t care about the draft or conferences. I only care about Clemson football and its success. What the rest of the league or other leagues do is much farther down my list of concerns. At this point, Clemson is winning on the biggest stages and recruiting at the highest level. Clemson can win the national championship while playing in this league. That is my only priority. If the Tigers were in a conference where they would be shut out of the playoff, then I would be concerned and would want the league to increase its profile. Since that is not the case, I could not care less about the success of this or other leagues.

I saw where a Gamecock website made a post about their first-round pick and wondered where Clemson’s first round picks were. That is a great example of having to find propaganda because your primary facts are stacked against you.

In summary, Clemson’s competition is good enough to get them ready for a playoff run. That hasn’t been an issue, and I don’t see it becoming an issue in the near future.