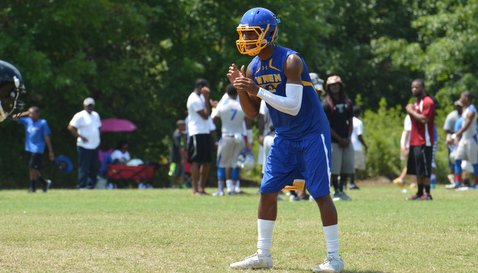 For 2015 season, if DW is not ready to start or gets injured again, who'll be his backups?  How ugly is the qb backup situation for 2015?

I'm not OK with Chad Morris

Chad Morris
Offensive Coordinator / QBs
View Full Profile promising DW he would remain in Clemson while DW was there and then taking off.  Coaches should not be making promises they can't keep.  Chad Morris should take the SMU job, but he shouldn't have promised DW he would remain in Clemson, it makes coaches look sleazy, like used car salesmen.  Did you pick up on that?

View Full Profile will get a chance to earn that spot as well.

Coaches and players know the game of recruiting. Some things come up and both sides know that. This has been going on for years and will continue. Unfortunately this is how is it.

First thanks for your blogs, as a tiger living out of the area it's a great way to keep current on the things happening with them.

The co-coordinators surprised me, not that I don't think it can work, but clearly a case to keep Tony which is not a bad deal. My question is both in who we can bring in for recruiting and QB coach. Hard to see that as one position. So are we one for max staff or do we have more room?

I was a student during Danny's tenure ( in tiger band ) so don't give me the bring back Danny crap. Today's game has changed. If you don't believe it just watch the recent smash mouth Saban iron bowl. (Sarcasm acknowledged). My question on Jeff and Tony (admit total openness I watch for pleasure and don't even play playbox / xbox ) so how does it work? You mentioned other great programs, how are their systems?

I am told by some that Elliott will be the play caller. I do know that Swinney is very impressed with Elliott. He has made a big impression. So this is not a deal to just keep Elliott.

At this point I don't know what the arrangement will be but the schools that do it now have different arrangements. Each school does it a different way. I am not sure how it will work at Clemson but I know Swinney has a plan in place.

Comments: I played football for 12 years, have watched it all my life and have a son who coaches at a large high school in Georgia. I have noticed something about the teams that I have played for, teams that I have watched and my sons teams. They all have one thing in common. The coaches are always much better when they have good players. I haven't seen a coach yet who could win with bad players. Even the great Nick Saban, he always has great talent so he looks like a great coach. Young people don't seem to understand that great players make great teams. My son is very impressed with Tony Elliott

Tony Elliott
Assistant Coach / Running Backs
View Full Profile as a recruiter. I hear the same about Scott. We need to do all we can to keep these two young men happy and at Clemson so that we continue to get the players needed to make the coaches look great.

I have known Elliott and Scott for several years and like your son, I am also very impressed. You make a good point about players. I have never seen a coach that won a ton of games without good players. I like our chances with the players on the offensive of the ball for the next few years.

Mickey, admittedly, I was one of the people who thinks you can have two chefs in the kitchen; however, the more I thought about it, the more I thought this would work.  I was not aware of so many teams with co-coordinators, but that is not the reason.  I trust Dabo.  I am quite certain Chad taking the SMU job was not a shock to him and he has known, as everyone else, that Morris would be leaving. With that being the case, you have to think Dabo has been contemplating this scenario for some time and has a plan.  If we have learned anything about Dabo, he is a planner and has roadmap for Clemson.  I trust Dabo, but am anxious to hear what has say, and as of Wednesday at noon, have heard nothing.  I was initially quick to judge, but now look forward to how this will help the team.

Thanks for the email. I agree. Swinney has earned the trust of most fans. His leadership has earned that trust.

Are you aware that University of South Carolina football program has lost at least five games in seven out of the last 10 years?

I didn't realize that but I am sure a lot of our readers will enjoy your research. Thanks.

It was so nice to get the 35-17 win over SC. I was looking at the 2015 list of Commits and was not sure about the numbers. How many do we expect to sign. I noticed a couple of highly regarded O-linemen, but really wander if Dabo and staff are looking for more O-linemen. The lack of linemen really hurt this year, but in truth it seems we have had an issue with our O-line for awhile.

I hope Ryan is doing well and you get a chance to spend time together. Happy Holidays.

Thanks for the kind words about Ryan.

You didn’t mention Kitt returning at wide receiver.  Is he still on the squad ?  Is he not the talent that I read he was ?

Kitt has a solid future but he will have to continue to get better because the talent is getting better at his position. Mike Williams, Charone Peake, Artavis Scott, Deon Cain

View Full Profile are stars. Kitt will have to continue to get better in order to get more playing time.

How much is Clemson on the hook for if Brownell is fired this year? I hate to call for a coach to be fired but this team is embarrassing and Brownell is clearly not the answer as head coach.

Clemson will not fire Brad Brownell

Brad Brownell
Head Coach
View Full Profile at the end of this season. That is not an option.