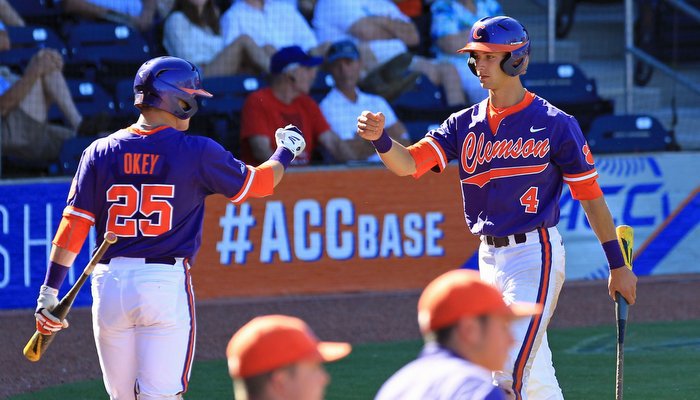 Maybe the best thing about this baseball team is they never give up. And maybe it's best if they actually get behind, because this team has a knack for come-from-behind wins.

Sunday was another example of this. The Tigers trailed 3-1 and the game was getting late, but like so many wins this season, this team found a way to pull out a 4-3 victory. This time it was Jordan Greene who got the game-winning hit in the bottom of the eighth.

You could also say that this entire game was a comeback win as the Tigers came back after a pretty good 15-5 beating from Pittsburgh Saturday. You could also say this entire week has been a comeback week as the Tigers were swept in Miami, but came back to win four of five games this week. Oh yeah, the Tigers trailed in all five games this week, but came from behind to win four.

The wins were not perfect. Defense still seemed to be an issue this week and the starting pitching was not impressive, but the offense finds ways to get on base and the Tigers are producing runs by the bunches. Clemson scored 42 runs in the five games this week.

This was a rare home series this weekend as the Tigers are in a tough stretch where 17 of 25 games are away from home. Seven of the next eight games are away. If Clemson can survive that stretch, 14 of the final 20 regular season games will be at home.

One thing we saw this weekend once again is large crowds at Doug Kingsmore Stadium. I have said it for a while now, but this fan base is starved for a winner and they are supporting the program. I think part of the reason is the idea that this is a fun team to watch. Chase Pinder is playing well and setting the table. Chris Okey has been on fire as of late. Seth Beer might be the best hitter in the country and Weston Wilson and Reed Rohlman have had terrific seasons.

The Tigers are at the half way mark of the regular season and are 21-7 overall and 7-5 in the difficult ACC. I would say this is one of the biggest surprises in the ACC this season and one of the country's most pleasantly surprising storylines.

This looks like a tournament team and the difficult schedule means there may be a chance for the Tigers to host a regional. Clemson is currently eighth in the RPI and has played the nation's 20th most difficult schedule. Upcoming series with Florida State, Louisville, Charleston, Georgia Tech and NC State give the Tigers chances for big RPI wins.

Yeah, this is a fun team to watch and it is easy to see how the fans have reacted. Hopefully more of theses comeback wins are on the horizon in the second have of the season.