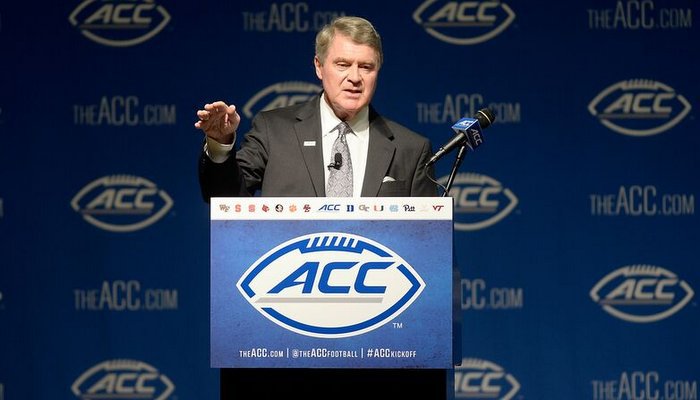 Last week the Atlantic Coast Conference held their media days for the upcoming football season. Most conferences release their pre-season all-conference teams and predicted order of finish when the event wraps up. I guess since the ACC event ended on Friday, they will wait until today to release their lists. Remember this is the conference that is last to put out its football schedule and drug its feet with the ACC Network.

Sometimes I question the leadership of the conference and wonder if they even know what it takes to be elite in this sport?

I still am having a hard time getting used to this Friday night college football thing. Thursday's are bad enough, and Clemson will play on Thursday in Atlanta against Georgia Tech once again this season. But it gets worse. This year we get to experience Clemson at Boston College on a Friday night.

But if the geniuses at the ACC office or ESPN have to have Friday college football then let Colorado State and Utah State have at it. Arkansas State and La Tech may appreciate the publicity.

And even if you tell me we have to have ACC football on a Friday night then let Syracuse and Pittsburgh grab the spot. It seems that Georgia Tech and Virginia Tech like weekday games. Let them have at it.

But this season Clemson plays BC on a Friday, and FSU plays a home game on a Friday. Why in the world would the conference and ESPN want to have two national title contenders play Friday games?

The ACC and ESPN dropped the ball on this one. If the ACC wants to be big-time in football, it has to act like it, but at this point, I am not sure they know how.