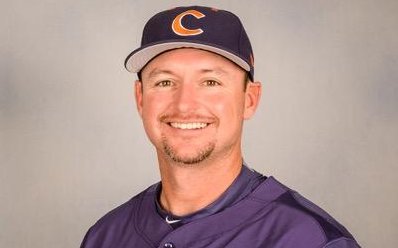 A New Feel to Rivalry

Clemson and South Carolina will renew their baseball rivalry this weekend, but it will have a completely different feel. For the first time since 1993, the games will not feature either Jack Leggett in the Clemson dugout and/or Ray Tanner in the South Carolina dugout.

Tanner led the Gamecock program for 16 years. He had epic battles in Columbia, Clemson, Greenville and Omaha against Clemson and seemed to embrace the rivalry.

Leggett was at Clemson for 22 seasons and the sight of South Carolina fueled his emotions as well. He played the Gamecocks three years before Tanner arrived in Columbia and three more after Tanner moved up to the athletic director's chair.

So from 1997 to 2012 Tanner and Leggett battled, scratched and clawed for every win in the series. It was different not having Tanner around the last three seasons, but it will feel very different without either figure this weekend.

Clemson and South Carolina want to win the series, but the series will take on a different meaning for each staff. In Columbia, Chad Holbrook needs to win the series. His program has dipped each season as he is just starting his fourth campaign. He needs a win to help right the ship.

Tanner's last three seasons saw two national titles and a national runner-up finish. It was going to be hard for anyone to live up to those standards. When Holbrook took the reigns, I said on my radio show that no one could do what Tanner did and it was almost unfair to expect anything close. However, the Gamecocks have fallen further than most expected.

In Holbrook's first season, the Gamecocks went 43-20, hosted a regional and almost won on the road in the Super Regional. The second season saw South Carolina go 44-18, but Maryland beat the Gamecocks twice in a Columbia regional. Last season South Carolina fell to 32-25 including 13-17 in the SEC and a fifth-place finish in their division.

Holbrook took over a national power and in his first three seasons fell from a super regional, to losing a home regional, to even not making the NCAA tournament.

Last season, the Gamecocks lost the Clemson series, so it is easy to see why Holbrook needs to win the series and give the fan base a sense of getting the program back on track.

Meanwhile Monte Lee enters his first series at Clemson against his new arch rival. There is a reason Lee is here, and it is to rebuild the program. Therefore, there is much less pressure on Lee and his program because they are building.

A win for Holbrook would send a great message and build some confidence. A win for Lee would accelerate his progress and send a message that there is a new sheriff in town.

The rivalry used to be the best in college baseball, but that was when there was a good chance the teams could face each other each year in Omaha. It was huge when both programs were ranked in the top ten in the country.

It is still the Tigers and Gamecocks. It is still orange and purple versus garnet and black. But this weekend we get our first look at Holbrook vs Lee.