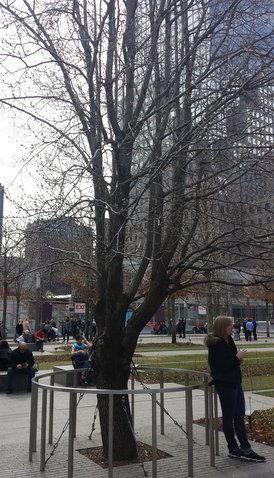 Whenever you see a reminder of that dark day we call 9-11, you oftentimes see the words “Never Forget.” Forget? Not hardly.

Sports is a relief for most of us, a way to get away from the monotony of work and our daily lives and find enjoyment in something that we learned to love as a kid. Sure, the uglier side of sports rears its head – the Ray Rice incident an example – but for the most part we use sports as an escape.

Some days, however, there is no escape from the reality of the world. September 11th of each year since 2001 is one of those days.

I ask your forgiveness for taking a few moments to touch on this subject – the quarterback controversy and thoughts of Florida St. will still be there tomorrow. But 13 years ago, the people of our generation had our “Pearl Harbor” and it is an event that has touched all of us in some way, whether you knew someone one on of the flights, had been to New York or the Pentagon or are simply a patriotic citizen who watched in horror as our way of life was attacked, on our own soil.

Since the end of the Civil War, all of our wars have been fought on foreign soil, but in this instance the enemy brought it to our gates. You know where you were when you heard the news, and you remember the feelings you felt in the minutes, hours, days and months after the attacks. One thing we knew for certain – life would never be the same.

When Clemson traveled to Maryland for the football game late last October, Nikki and my son Koty and I flew in a few days early to take in some of the sights. We took the Metro-Rail from our hotel in Alexandria, got off at the Pentagon station, and made the walk over to the Pentagon Memorial.

The exterior memorial consists of a series of 184 bench-like granite-covered structures, each one overlying a small pool and bearing the name of one of the victims. All are aligned to face the direction the plane was traveling when it struck the Pentagon. The names on each memorial bench face east or west. If the victim was on the plane, visitors read the name as they look toward the western sky. If the person was inside the Pentagon, you read the name looking at the building, facing east.

It was obvious that there was a family there who had lost a loved one, and we left because we didn’t want to intrude on what was obviously a very private moment. Our walk back to the Metro and subsequent ride into downtown D.C., surrounded by the uniformed personnel of our armed forces - was spent in quiet reflection.

Six months later, Clemson’s basketball team traveled to New York City in the National Invitation Tournament, and the morning after the loss Nikki and I hopped in a cab from our hotel on 29th Street in the hopes that we could visit the 9-11 Memorial.

We hopped into a spotless cab, and were greeted by a spotless cab driver – the man had on polished wingtips and a suit without wrinkles. After a minute or two of polite conversation, we learned our cab driver was from Indonesia, and I leaned over to Nikki and whispered that he was more than just a cabbie – he was educated. I discreetly inquired about his background – something not done in New York I am told – and he brightened up the cab with a huge smile. He was a veterinarian and held two degrees in his own country, had traveled to the United States and earned yet another degree from Georgia Tech and was taking classes at a school in New York City. His hope was to earn work at one of the bigger zoos in the United States. 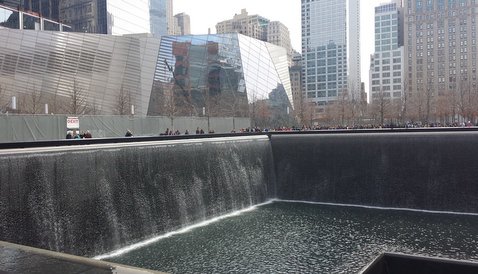 He said something that most of us who grow up here don’t think about, and it struck me. “Only in this country can you really follow your dreams, Only here. Back in my country there is always fighting and politics and religion mix and it’s almost impossible to be what you want to be unless you know somebody or have the money to bribe someone. Here, I am a cab driver now, but that won’t last long. Here, I can be whatever I want.”

With his words ringing in my ears, we traveled down into lower Manhattan, and I was taken back into the weeks before the attacks when I had visited the World Trade Center on business. I hadn’t been back to that part of Manhattan since that time, and I gripped Nikki’s hand a little tighter as we left our cab behind and made the march over to the site of the memorial.

There was a hush – a reverence – from the people standing in line to enter the Memorial, and the increased security presence and pat downs and X-ray machines bore evidence to how fiercely we want to protect the site. Once we cleared the construction barriers leading into the Memorial, the pools that stand in the bases of the two towers greeted us on this crisp, cool spring morning.

The North and South pools represent the two towers, and names of those lost on that fateful day are etched into the plaques that surround the pools. You can touch the names, and there are flowers placed into the names of those who happen to have birthdays on that particular day. I counted seven on the day we visited, and I learned that six have birthdays on 9-11 itself. 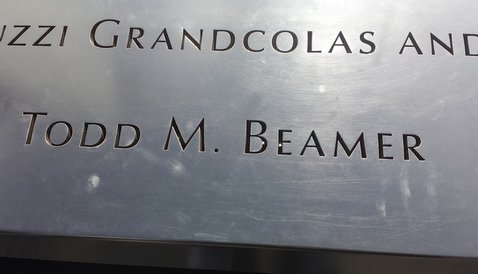 Todd Beamer's name at the 9-11 Memorial

However, the sounds of the construction equipment make you realize that life goes on and that we are a country that is not defeated and will not be defeated. Liberty will triumph over evil.

I walked around in awe. This was hallowed ground, a graveyard for many, the memorial the only voice a lot of the victims of that terrible day will ever have. It was surreal, haunting and beautiful all at once. There were many heroes that day – firemen, policemen and the first responders who boldly rushed into those towers; the members of Flight 93 who followed Todd Beamer’s plea to “Let’s Roll” and the people who lost their lives at the Pentagon.

As we walked out, we passed by the “Survivor Tree.” The tree is a callery pear tree that became known as the "Survivor Tree" after surviving the attacks. In October 2001, the tree was discovered at Ground Zero severely damaged, with snapped roots and burned and broken branches. The tree was removed from the rubble and placed in the care of the New York City Department of Parks and Recreation. After its recovery and rehabilitation, the tree was returned to the Memorial in 2010.