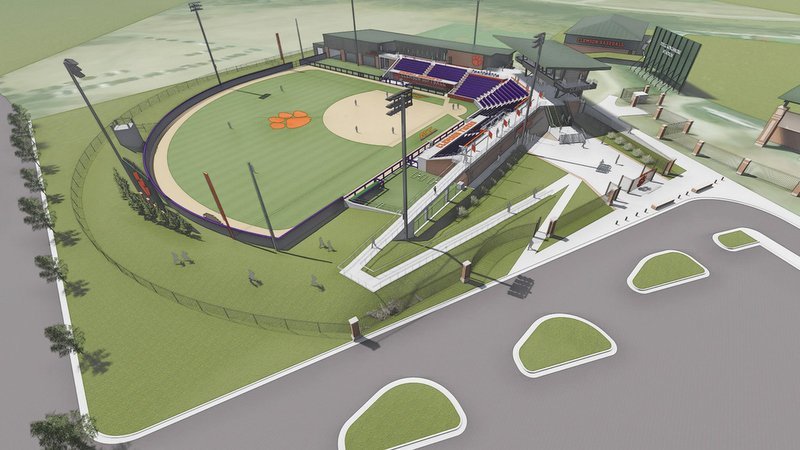 Construction on the stadium is expected to be completed this fall

GREENVILLE – Clemson softball coach John Rittman has been playing catch-up since being tabbed to start the Tigers’ program in November of 2017, but just as quickly as the foundation for a new softball stadium has been laid, Rittman is laying the foundation for his first team.

Rittman, a longtime head coach and member of the USA Softball Women’s National Team coaching pool, was named the first head coach of Clemson softball on Nov. 3, 2017. Rittman is leading the program in preparation for its first competitive game in February 2020.

Rittman came to Clemson after serving as associate head coach at the University of Kansas from 2015-17. Rittman joined the Jayhawks after 18 seasons as the head coach at Stanford University and 10 years on the United States National Team coaching staff (2001-08, 2016-18).

The stadium itself is taking shape.

“It's really super exciting to see the foundation and the walls going up and some of the structure taking place,” Rittman said earlier this week. “It's definitely motivating for our players, but as a coach, you are kind of getting a sense that ok, this is getting real now. Seeing the progress each day is exciting, and I feel blessed to see it all transpiring before our very eyes.” 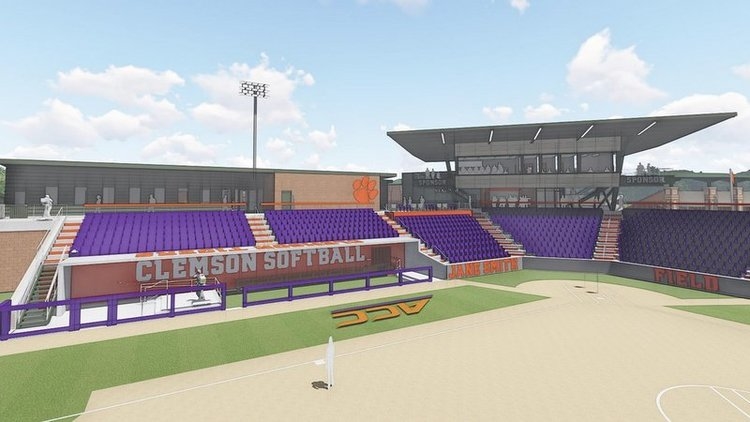 Construction on the stadium is expected to be completed this fall "

The complex also includes an indoor player development hitting facility that will span over 6,000 square feet. Additional accommodations of the stadium include a press box with three broadcast booths and a videoboard. Construction is expected to be completed sometime next fall.

Recruiting to a new program has been a challenge.

“There are a lot of challenges. Putting a staff together, getting the facility planned a built, recruiting. But with a brand new program and recruiting, we are playing catch-up so to speak,” Rittman said. “A few years ago kids were verbally committing early, a lot of kids that were sophomores and juniors in high school had already committed to universities to play. So we are trying to find that good, core group of players to start the program with was a challenge.”

Rittman has several players already on campus, and he’s had to find creative ways to help them form a bond.

“We have seven players on campus this year, so it's not even enough to even have an intrasquad scrimmage,” Rittman said. “We have kept them busy through practice, and of course their academic requirements keep them busy. We have done a lot of different team bonding events throughout the year. We had a cooking challenge, which is kind of unique. And we had a gauntlet challenge, which is an offset of a triathlon. We are trying to get creative with the different ways we can compete as a team without competing on the field in a game situation. But we are really trying to build our culture and instill our core values for this group for next year.

“We have eight freshmen that will show up this summer and get in the weight room and do some conditioning and stuff. And with the seven players, we have on campus right now that will give us 15 players. We are still looking to add a few for next year, but as it stands today we have 15 players on the roster, and that is what we will go to war with when we need to.”