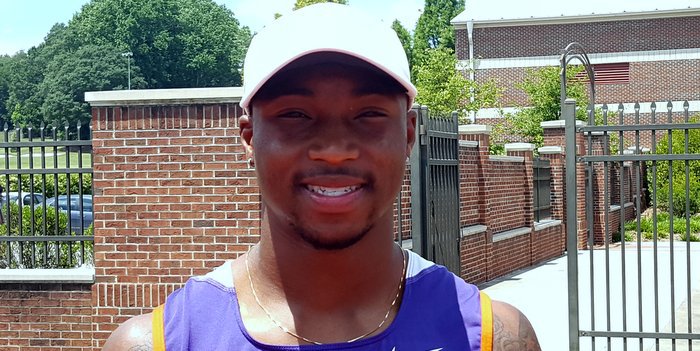 CLEMSON – If you see Deshaun Watson, Jaron Blossomgame or Seth Beer walking around town, you may be tempted to stop and ask for an autograph.

However, if you see Tevin Hester on the street, you probably wouldn’t know that you just passed one of the best athletes to come through Clemson in a long time, and that’s just the way the Tigers’ track and field superstar likes it.

Everyone knows that Watson is tearing through the football record books and Beer just became the first freshman to win ACC Player of the Year and ACC Freshman of the Year, but Hester has completely re-written the ACC and Clemson track and field record books.

The Oxford (NC) native recently met with TigerNet and said it’s okay if people don’t recognize him because he still has work to do.

“I would say it's half and half. I'm kind of under the radar and then a couple of people know me here and there,” Hester told TigerNet in a recent interview. “I don't mind. I don't really like too much attention because I like to stay focused and try to get to my goals before I get any recognition. For me, I don't mind the under the radar attention.”

When Hester began his career in track in field during high school, he said he was a work in progress, but by his senior year, he knew he could be one of the best. 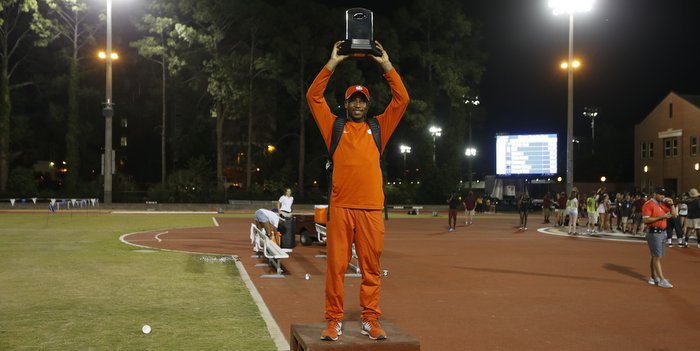 “Just seeing how successful I was in high school,” Hester said. “The first couple of years in high school - my freshman and sophomore years - I wasn't that good, but I was pretty good. I knew if I kept working hard that I would become good, and then my junior and senior years it really took off for me. My senior year I won two national championships, so that's when I knew that track would be the sport for me.”

One of the best might be an understatement for the two-time ACC Indoor and Outdoor Most Valuable Track Athlete. For Hester, however, the hard work never stops because there are always more records to break and more goals to accomplish.

“It's just staying grounded and focused. No matter who my coach is, I'm always going to continue to work as hard as I can to make myself the best athlete,” he said. “You can't always depend on coaches or certain people. You have to go in with the same mindset no matter who you're working with and hopefully, you'll get the best outcome.”

With the ACC portion of Hester’s career complete he now wants to make a name for himself nationally and internationally.

“My first goal is just to make it through the regionals in good fashion, and then I'm going to try and win a NCAA Championship,” he said. “The Olympics are definitely one of my biggest goals. Since starting track and field, I've always wanted to make an Olympic team. This year, I see it as very doable and it's one of my goals coming at the end of July.”

After he hangs up his spikes, Hester wants to enter the coaching profession and maybe, just maybe, return to Clemson to build on his legacy of being one of the best athlete’s nobody knows about.

“I'm going to try to take on a professional career and run the circuit. I'm going to try to make a couple of teams and see where that takes me,” he said. “After my track career is over, I want to become a Division 1 track and field coach.”