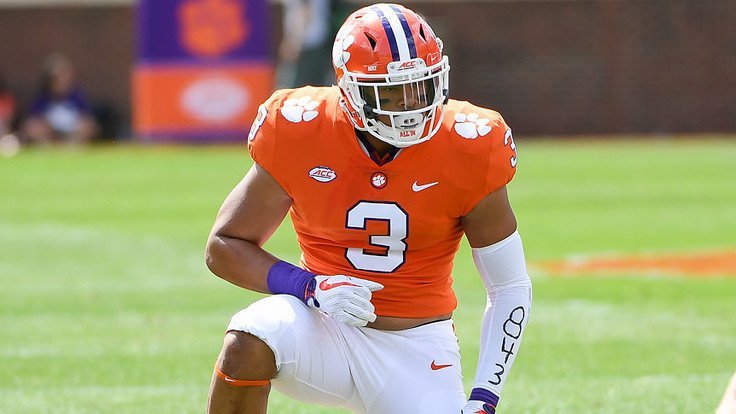 Thomas is a disruptive force on defense

CLEMSON – Brent Venables smiles and says that Vic Beasley has the best first step he’s ever seen from a defensive end, but Xavier Thomas is close. Albert Huggins thinks Thomas has the same first step as Kevin Dodd. Both agree that Thomas is a physical freak.

Venables, Clemson’s defensive coordinator, isn’t quite ready to gush over Thomas’ potential but said he has been impressed with what he’s seen so far. He also said that Thomas has a lot to learn before he’s ready to be a full-time player.

“Knowing what to do and playing with the techniques within the scheme based on the call and based on the formation. All the pre-snap things, the awareness, that comes with seeing it more playing,” Venables said. “But the techniques that are involved – if you’re supposed to come under the block you gotta come under him every single time, it’s non-negotiable, you can’t just run around him. Just playing with discipline within the confines of the defense and just being able to play fast and lining up correctly. You gotta play consistent and you gotta know what to do.”

Thomas is known for his intensity, but Huggins says the freshman is beginning to open up and have a little bit of fun.

“Xavier, he’s a quiet guy. I feel like by him just being here long enough he’s opening up a little bit more and he’s communicating more with us and having fun with us,” Huggins said. “I feel like that’s what players need to get through camp, to get through the season, have fun and communicate with your bros. He’s grown by communicating.”

"He’s made improvement in those areas and will continue to do so but he’s got to challenge himself every day even though he’s not taking starter snaps every day, you have to approach things like you are the starter,” Venables said. “Those two guys in front of you are gonna get hurt and you have to play every snap now. That takes a certain level of maturity to be able to do so. He’s had a great attitude and comes ready to work and has humility. He’s been wonderful to coach from that standpoint. He is disruptive and has a really good skill set and a lot of natural instincts to play the game.”