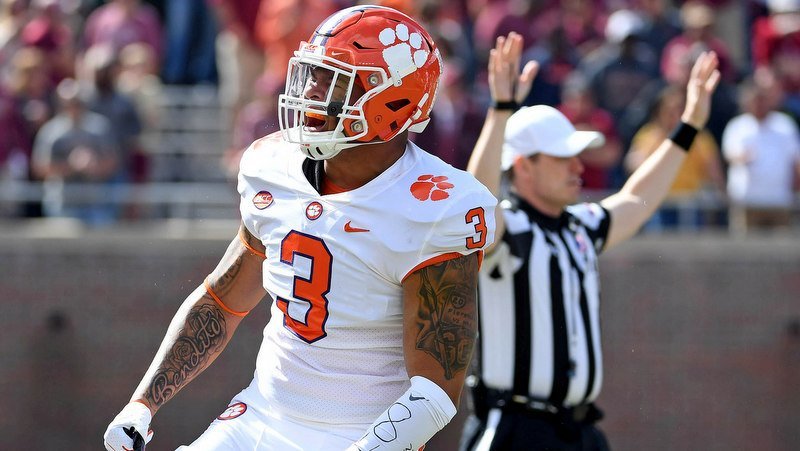 Xavier Thomas: “We go out there and play all out and make teams quit.”

Xavier Thomas has made a name for himself as a true freshman on this star-stacked Clemson defense. Thomas came to Clemson knowing he would not start right away, but he knew he could make a strong impact.

“I already knew I wanted to come in and make an impact,” Thomas said. “I am just playing my role and learning from these guys still and getting better each and every week.”

The Clemson defense has shown their ability throughout the season and imposed their will on other opponents. That was no different Saturday against Florida State.

“Watching the tape the whole week, it was just seeing (Florida State’s) offensive line and how their footwork was,” Thomas said. “You just could tell it was going to be a pretty good game (for our defense).”

The Clemson defense’s ability to take over games has shown, especially over the past few weeks. Against Florida State, the Tigers got to the quarterback several times and created a lot of pressure. FSU head coach Willie Taggart said after the game that it looked like his offensive line quit in the second half, and that is what this Clemson defense strives to make teams do.

“It just shows the depth we have and what we bring to the table. We don’t let up on the gas pedal. We go out there and play all out and make teams quit,” Thomas said.

The Clemson defense is coming into form as the season progresses and getting better each week. The Tigers rank high nationally in many defensive categories and that is what the goal is for this defense.

“That’s our goal, to be the number one defense in the country. We don’t really pay attention to the numbers that much but that’s just a good way to go and to keep ourselves motivated.”

The road only gets tougher as the season goes on. In order to keep on track, the Tigers need players like Xavier Thomas to step up and make a difference. The starting defensive line has tons of talent, but they cannot do it all. It’s time to see if this team can make a late season push as the playoffs draw closer.