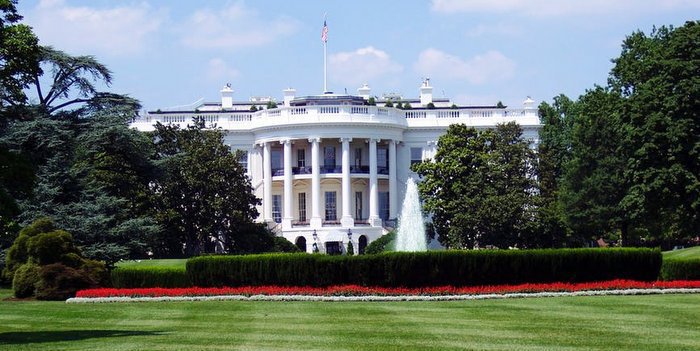 The Tigers will visit The White House at 3 p.m. today

WASHINGTON, D.C. – When former Athletic Director Terry Don Phillips announced Dabo Swinney as Clemson’s head coach in late 2008, Swinney told the attendees of the introductory press conference about his time at Alabama and winning a National Championship. Then he said he had three goals – to win recruit the best student-athletes possible, to graduate them, and to win championships.

All three of those goals have been met, and perhaps the last celebration of Clemson’s thrilling title season will take place today. The Tigers, which last went to the White House when Ronald Reagan was in office, will be honored by President Donald Trump at 3 p.m. Monday. It will be televised on ESPN’s “SportsCenter.”

It won’t be Swinney’s first visit to The White House - he made the trip with the 1992 Alabama team that won it all, and he knows that the trip isn’t about politics or candidates – it’s about his team.

“Nowadays everybody tries to make everything political,” Swinney said last week on the “David Glenn Show.” “This isn’t a political trip. This isn’t a fundraiser for a certain party or candidate. This is a celebration of what our team achieved last year. It’s been a national tradition for a long, long time.”

It won’t be long before the TigerNet crew heads over to 1600 Pennsylvania Avenue – one of the nation’s most iconic addresses – for the commemoration ceremony, and as the time nears I can’t help but think about everything that got us to this point.

The Tigers will visit The White House at 3 p.m. today "

My first full day as a TigerNet staff writer - I had been working part-time – was that day. Even then, I looked back at the grainy newspaper photographs of Clemson’s first visit to the White House after the 1981 season. I walked the halls of Jervey and saw the memorabilia and as I set out on this journey to cover Clemson football, I told everybody I knew that, like Swinney, I also had some goals.

And, I wanted to see these players and coaches honored at The White House. I never want to forget that 1981 team, but it’s time to add some new and colorful pictures to Clemson’s football history.

Does that mean I’m satisfied? Does that mean the team is satisfied? No. Now that those goals have been met, it’s time to add new ones. I want to cover multiple national championships and college football playoff games. As part of the college football playoff rotation, there are iconic bowl games out there that would be fun to be a part of – The Cotton Bowl, Sugar Bowl and Rose Bowl.

Clemson still doesn’t have a Heisman winner, and it would be fun to see Swinney win multiple national championships.

But, for now, seeing the celebration at The White House is enough to get us through the rest of the summer. It means the Tigers are still the champs, and will be until someone knocks them off the throne.

The Clemson team also will visit the Statuary Hall and the Rotunda at the Capitol, and once the interviews are done and the team heads back to Clemson, it will be time to start thinking about 2017 and all of those new goals.