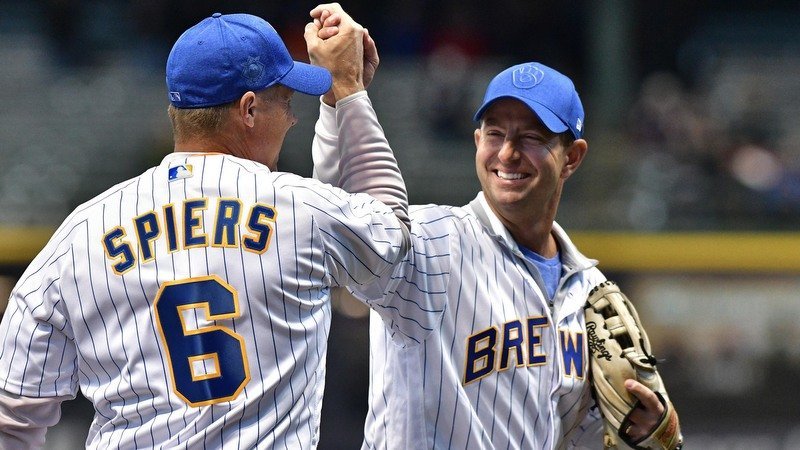 My friend Bobby O’Neill texted me a picture Friday night that said, “Forget Waldo and never mind Carmen San Diego. Where in the world is Dabo Swinney?”

Clemson’s head football coach had a whirlwind tour last week, taking sons Drew and Will on the kind of sports odyssey that most of us can only dream of. Or, as Swinney put it to me, simply making memories with his two sons who are almost grown.

Swinney started in Houston for the Rockets playoff game and then last Monday in St. Louis watching the Cardinals play the Philadelphia Phillies. The Cardinals won the game and Swinney got “knuckles” from the Cards’ Matt Carpenter after Carpenter homered.

Tuesday, he was in Toronto for the Raptors’ playoff game against the Philadelphia 76ers. The Raptors won that game, and Swinney and his sons were allowed to play basketball on the court before the game.

And then Thursday night Swinney was in Chicago for the Cubs game against the Miami Marlins.

Life is good if you’re Dabo Swinney, but he has reason to smile.

The news came down last week that Clemson football set a new program record in APR, recording a 992 for the 2017-18 academic year. That performance marks the second straight year in which Clemson has broken its program record in the metric. A year ago, Clemson broke its previous high-water mark of 985 from 2011-12 by recording a 987 rate for the 2016-17 academic year.

Clemson’s 992 ranked tied for third among FBS programs, trailing only Air Force (997) and Northwestern (996). Clemson is one of only 10 FBS programs to produce a 985 APR or better in each of the past two academic years, joining Air Force, Boston College, Duke, Navy, Nevada, Northwestern, Stanford, Washington, and Vanderbilt.

In addition to the APR scores, Clemson’s recruiting is on another level. The Tigers have received four consecutive verbal commitments from 5-star prospects, including defensive lineman Bryan Bresee and quarterback DJ Uiagalelei.

With nearly seven months until December’s early signing day, Clemson has already gained commitments from14 players for the 2020 recruiting cycle and currently have the top recruiting class in the country. Clemson is still in the running for several other top prospects, including another stellar defensive end in 5-star Myles Murphy of Powder Springs (GA) Hillgrove.

Murphy will announce his decision at halftime of his spring game Friday night, deciding between his final two of Clemson and Auburn. Which way will he go? All I can say is that I’ll be right there on the field when it happens, so take that for what it’s worth.

Where in the world is Dabo Swinney? On top of the world, that’s where.