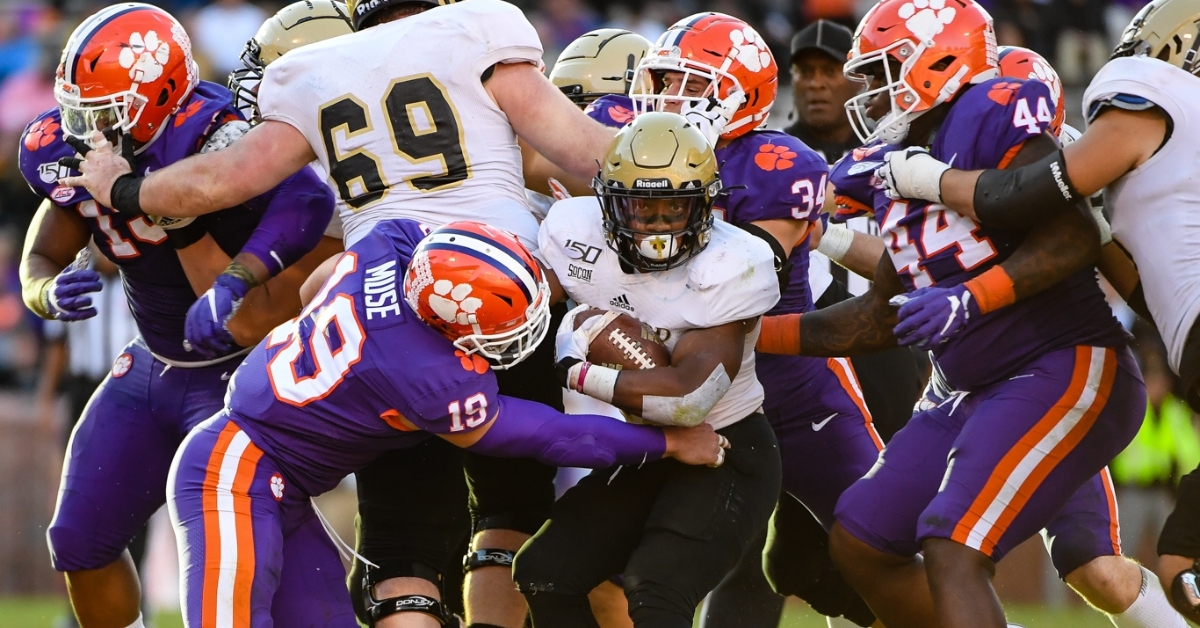 You can count University of Virginia head coach Bronco Mendenhall as a big fan of Clemson defensive coordinator Brent Venables and the defense that Venables has created.

Mendenhall has been a coach on the collegiate level since 1989 and most of his work as an assistant coach was on the defensive side of the ball. He was the defensive coordinator at BYU for a few years before becoming the head coach, and his teams at Virginia are known for their hard-nosed style.

Clemson and Virginia square off at 7:30 Saturday (ABC) in the ACC Championship Game, the first time the programs have met since 2013. The Clemson defense posted another dominant performance in a 38-3 victory over South Carolina last weekend and that dominant defensive performance has moved Clemson to the No. 1 spot in both scoring defense (10.1 PPG) and passing defense (both in yards allowed, 126.5 and efficiency rating, 89.42) this weekend. The Tigers sit now just a half-yard off from Ohio State's hold on the No. 1 total defense (yards allowed; 232.8), with a top-5 rating on third downs as well (5th, 27.8 percent).

“Not only this particular group but past groups as well. I think first of all the leadership from the coordinator is strong,” he said on a conference call Sunday. “I think the scheme, strategy, initiatives that are launched each week, which are never quite the same, I think are really well thought out. The talent base at every position has been crafted at a really strong level that matches the style, system and schematics of the design. You have a really nice blend of leadership with scheme and personnel and experience. That then forms culture and tradition. 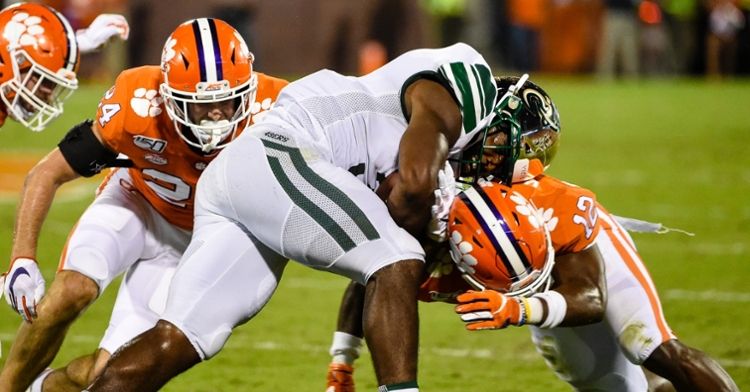 “This group I think is the next version and probably the strongest version that I've seen. I have studied Clemson before defensively and have been impressed with not only the scheme but the innovation and the ideas they have.”

Mendenhall was asked if the Clemson defense reminds him of any defenses he has faced, and he said Clemson stands alone.

“No, it doesn't. Statistically, it's stronger. Schematically I think it's better developed. Production-wise it's yielding at a higher level,” Mendenhall said. “I've seen a lot of good defenses and been a part of a lot of good defenses. This one, besides the production, the personnel and the execution is just being done at a really high level. That's bred confidence, which allows young people to carry themselves in a way and work together in a way that is formidable.

“I'm impressed. They've done a really nice job over time in not only building their program but establishing that component of the program.”

One of the things he likes best about the job Venables has done centers on how the Tigers gameplan for each opponent – there is a base defense but each week the Tigers bring something different to the table.

“I would say one of the things I like and admire is that it's not the same plan each week. A lot of teams, they take the approach that it will be our system with very few changes, we're just going to do is better and apply it to the next opponent and their style,” Mendenhall said. “I like the approach that Clemson uses more frequently than most. There is a core, there is a standard amount of defenses played, but there are innovations that happen week-to-week, specific to opponents, specific to situations, specific to personnel groups, that you have to kind of discover as you go. They're usually disguised. There's movement associated either pre or post-snap that make it more difficult to discern.

“All those subtle things take extra work and extra time, are really kind of a next level of coaching that I think that Clemson is doing routinely. That takes time to build and takes really strong and cerebral players to pull off as well as coaches. That's what they're doing. They're doing a really nice job.”