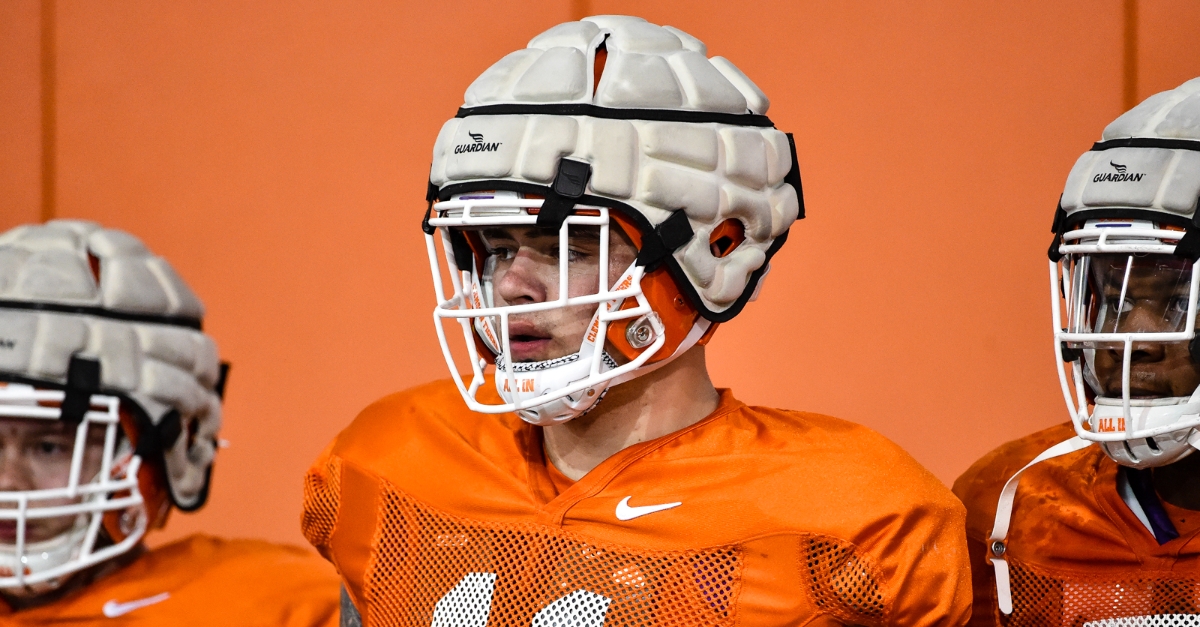 KJ Henry (5) has worked to bring younger players along as a leader. (Photo per ACC).

After a night of asking questions and being excited about his first college football game, Bryan Bresee was ready to get on the field. In the words of defensive coordinator Brent Venables, Bresee was like a puppy who had been let outside for the first time.

Bresee, the highly-touted freshman defensive tackle out of Damascus, Maryland, was credited with two tackles, half a sack, and a blocked field goal in the Tigers’ 37-13 victory at Wake Forest Saturday night. He also jumped offsides on his first play, and his defensive coordinator compared him to a Labrador puppy who wets everywhere.

“Excited for him. He is like a big puppy dog, a big Labrador, you let him outside for the first time and bring him home for the first time and he's wetting all over the place,” Venables said with a laugh. “But he was great. Strong and athletic. He was offsides on the first play. So that's classic. Bryan has done well and those older guys have helped him do well. Bryan really did the same things tonight (they've seen in camp), he certainly wasn't perfect by any stretch but did some of the same things he's done since he got here last spring.”

Myles Murphy is another freshman who stood out along the defensive front – he was credited with a team-high four tackles and three tackles for loss - and linebacker Mike Jones, Jr., said he wasn’t surprised by the play of the youngsters. 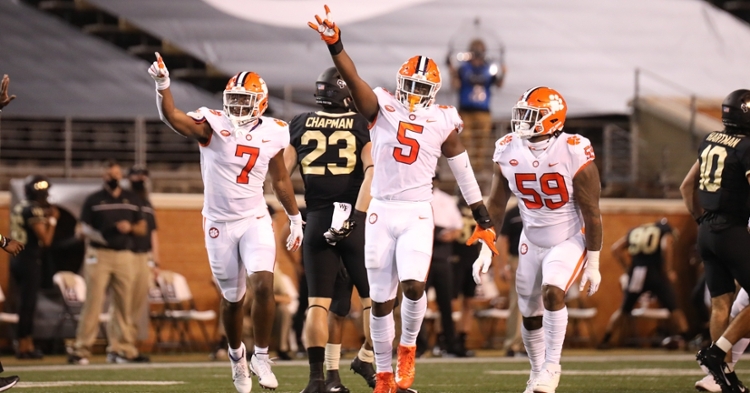 KJ Henry (5) has worked to bring younger players along as a leader. (Photo per ACC)."

“I was not as impressed because I've been seeing them do it for a while now,” Jones said. “I've seen them do it in practice over and over. They have put in the work and they've put in the time. It's just football out there, whether it's high school or college football, it's the same, and you've seen that translate out on the field for them. I wasn't surprised. I knew they were going to come out and ball today.”

“I roomed with Bryan last night, and I don't think I've ever been asked more questions in a hotel by anybody,” Henry said. “He is such a great kid and he wants to be so good, and that is what you want here. He was just so excited for the game and I am glad he got to show out. We talked about it on the sidelines - first play, offsides, and then he gets a sack. We said, 'boy, that's Bryan.' He is so out there, but he is very good at wiping it off and going to the next play and that is what you need in this game. He is going to have a very successful career for sure.”

Henry said that both Bresee and Murphy have bright futures.

“I saw what I've been seeing since they've been here,” he said. “I told you guys the last time we talked that they are very explosive and very talented players. It was great to see them adjust to the game plan, and as the game went on they got more and more comfortable with the scheme and what they were doing out there.”